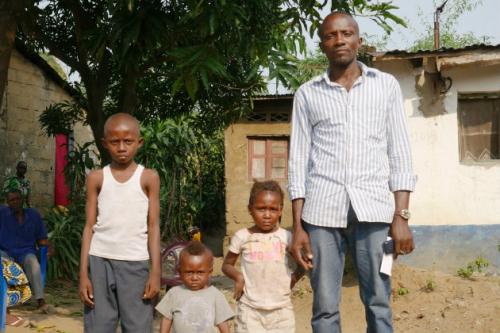 The Democratic Republic of Congo’s (DRC) health ministry has declared yellow fever epidemic in three provinces, according to the World Health Organization.

Concern is growing about the spread of the disease in DRC’s border areas and in densely-populated Kinshasa, which is home to more than 10 million people.

Kisenso, one of Kinshasa’s 35 health zones, has witnessed suspect as well as confirmed cases of yellow fever among children.

The yellow fever virus is transmitted by infected mosquitoes. Symptoms include fever, muscle pain, backache, headache, nausea, vomiting, jaundice and bleeding from the mouth, nose, eyes or stomach. Vaccination is the most effective way to protect from yellow fever.

Besides DRC, Angola has seen extensive local transmission in Luanda, prompting vaccination of more than 6 million people in the province since February this year.

According to the WHO, the epidemic has spread to several other major urban areas in the country.

Monitoring and prevention of spread of the virus from Angola to neighbouring countries and beyond remains a key issue. Local transmission has been confirmed in DRC while China and Kenya have recorded imported cases.

Though yellow fever is endemic in Angola, this is the first outbreak in 28 years. The last outbreak occurred in 1988 with 37 cases and 14 deaths.

More than 11 million doses of the yellow fever vaccine have been sent to Angola since February this year and more than 2 million to DRC.

Measures are being taken to immunise over 80 per cent of the population in the affected areas. In the current yellow fever outbreak, almost 18 million doses of yellow fever vaccine have been distributed in emergency vaccination campaigns in Angola, DRC and Uganda, the WHO said.