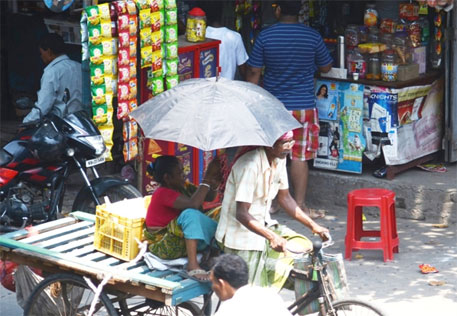 The state government reviewed the situation on Sunday as temperatures touched 45 degrees Celsius in several parts of the state. Deputy Chief Minister K E Krishnamurthy, after the review meeting, announced an ex gratia payment of Rs 1 lakh to the families of the deceased.

District collectors and revenue officials have been directed to provide medical treatment to people suffering from heat stroke. State officials have also been asked to create awareness among people on how to prevent sunstrokes.

Meanwhile, India Meteorological Department says the heat wave will continue for a couple of days before the south-west monsoon hits the state.