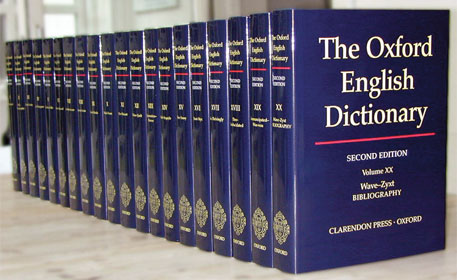 Bad news for those who want to hold the next edition of the world’s favourite English dictionary. It might not be printed because it is too bulky. Michael Proffitt, the editor of the Oxford English Dictionary (OED), said that owing to its huge size, the third edition of what is arguably the world's most authorative English dictionary will double up from its last edition to 40 volumes. Oxford University Press (OUP) will print it only if there is enough demand for it.

Proffitt also blamed the Internet for the delay. “Although the Internet has made access easier, it has created the dilemma of information overload,” he was quoted as saying. OUP will, however, continue to publish the slimmer OED.

It took 70 years to prepare the first edition of OED, published in 1928. Its last edition was published in 1989. The current edition has been in progress since 1994 and has over 800,000 entries to look through. A team of 70 linguists, lexicographers and pronunciation experts are working on the edition. It might be in production till 2034.