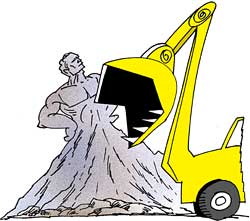 the Supreme Court cleared two major projects in Orissa--Vedanta's bauxite mining in the Niyamgiri Hills and posco's steel plant in Jagatsinghpur district. posco will now be able to buy iron ore in the market as well as from Orissa Mining Corporation (omc) for the plant.

The Vedanta clearance was considered to be just a matter of time since the apex court had already stated last year that it was not against the project in principle. Even then the verdict has been received with shock and anger by activists campaigning against Vedanta's bid to mine the hills. Prominent Green Kalahandi activist and president of Kalahandi Sachetan Nagrik Manch, Siddhartha Nayak said it was shocking to learn that Vedanta has finally got the mining rights in Niyamgiri from Supreme Court."But the Dongria Kondhs living in the hills are not going to allow this. We do not rule out the possibility of a bloody struggle. The final battle for Niyamgiri will be fought by the local Kondhs," he said.

Another prominent activist and former chairman of Lanjigarh block, Khirabdi Sahu said, "this doesn't augur well for the area. We will resort to agitation and not allow mining under any circumstances. We will resort to economic blockade and not let them take anything from the hills. The Dongria Kondhs are determined to protect their hills from outside invasion and we will support them." Vedanta's alumina refinery is being developed in Lanjigarh.

Former union minister and Green Kalahandi president, Bhakta Charan Das said Supreme Court's go-ahead to the Sterlite was very unfortunate. "It means justice has failed to protect Niyamgiri which is full of exotic flora and fauna. The court should have ensured that Niyamgiri's forest wealth, ecology and the life style and livelihood of the Dongria Kondhs is not affected in any manner. After this we can never be sure if the natural wealth of this country will remain safe," he said.

Das described the verdict as the victory of corporate houses and the defeat of common people fighting to preserve the environment and their culture. "We will take the matter to the court of people," he said making it clear that people were not going to give up without a fight. On the other hand, minister of state for steel and mines shied away from commenting on the issue saying it would not be wise on his part to open his mouth without going through the text of the judgement. "I am also trying to get in touch with our departmental secretary. Let me talk to them and then decide what to say," he remarked.

The verdict states that Vedanta Resources' Indian subsidiary, Sterlite India Ltd, can set up a bauxite mine which will feed its refinery in Lanjigarh. The case had last come up before the Forest Bench on July 25 when Sterlite, the state of Orissa and omc had objected to various recommendations of the Central Empowered Committee (cec). The Supreme Court-appointed body had suggested the special purpose vehicle (spv) which was to be responsible for tribal area development, also shoulder the job of mining bauxite.

On August 8, the Supreme Court bench decided that mining would be done according to the agreement between Sterlite and omc wherein the latter would mine bauxite and sell it to Sterlite. The other contentious point, the calculation of the price of bauxite was not clearly stated in the judgment. cec's recommendation of using the price of alumina on the London Metal Exchange was discarded by the Bench which went with its November 2007 ruling. 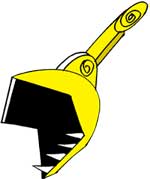 In this ruling, the Bench had said that starting from April 2007, five per cent of the annual profit before tax and interest or Rs 10 crore, whichever was higher, would be earmarked for tribal area development. And this money would be handled by spv. The accounts of the body would to be prepared by the auditors of omc and be audited by Orissa's Auditor General.

The Supreme Court bench however did not explicitly state the mechanism of calculating the five per cent profit. Another point which was raised at the July hearing too remains unclear--as to whether the profit calculation would be on just the mine's profits or include the refinery's profit.

The rehabilitation package mentioned in the November 2007 ruling was accepted by Sterlite India. The company will have to shell out a one-time payment of Rs 12 crore for tribal development, Rs 55 crore for net present value of forest, Rs 50.53 crore for wildlife management in the Niyamgiri hills.


In the case of posco, the court was to have a detailed hearing on August 8 on the cec's November 2007 report. There were however no arguments heard, instead the judgment was given, granting posco the forest clearance it needed. The cec report assessed the forest clearance granted to posco by the forest advisory committee (fac) of the ministry of environment and forests (moef).

The report had noted that the diversion of forest land for the project should be considered in total, instead of in a piecemeal fashion for each part of the project such as the mine, the refinery and the captive port. cec had recommended that an independent expert committee assess the impact of cutting such a large number of trees and suggest mitigation measures.

The bench has granted the forest clearance for the project. Since posco has already obtained the essential environmental clearance from the moef, this was the last hurdle, which too has been crossed. The go ahead has evoked mixed reactions in the state. While company and government officials appear distinctly happy with the development, the people in the project area, though divided into camps, are in no mood to let the work of land acquisition proceed unless their demands are met.

While posco Pratirodh Sangram Samiti (ppss) leader, Abhay Sahu made it clear that the verdict will have no impact on the agitation against the company which will not be allowed to acquire even an inch of land, even the leader of the United Action Committee (uac) formed by the anti-ppss groups, made it clear that they won't allow land acquisition unless their demands were met.

uac member and sarpanch of Gadkujang panchayat, Nakul Sahu said ever since the land survey conducted by the government in February-March this year, there has been no talk between the people affected by the project and the government and the company. "Now that they will be going for land acquisition at full throttle, we want our main demands--job for one member of each project affected family by the project and compensation at the rate of Rs 1.5 lakh per acre (0.4 ha) for the forestland encroached by people--to be met. If they don't agree to this we will not allow land acquisition and the project to come up.There will be agitation against the company," said the sarpanch.

Tamil Pradhan, another uac member said that Supreme Court verdict had in a way opened a fresh channel for negotiation between the people and the company but posco must know that people were not going back on the demands for compensation and jobs for all the project affected families numbering around 4000. "This must happen before the company starts acquiring land. If they don't agree, we will stop them from acquiring land through democratic means with the consent of the people," said the leader.

ppss chief Abhay Sahu sounded much more belligerent. "The Supreme Court judgement only relates to the procedural problems that the government and the company were facing in land acquisition since forest land was also involved.

But this is not going to have any bearing on the people's resolve not to concede even an inch of forest land for the project.

The government, by promising land to the company, has already exhausted its options but people have not," said Sahu. Asked whether the agitation could turn violent if attempt was made to acquire land against people's wishes, the ppss chief said, "it all depends on how the government handles the situation."

posco sources said the company was pleased with the decision of the Supreme Court as this was a vital clearance which would facilitate the progress of the project.

"Now with the decision of the Supreme Court the work on land acquisition can be expedited," they said adding that posco wanted to develop the greenfield project with the support of the people, specially the local community in Jagatsinghpur.

With inputs from Sumana Narayanan