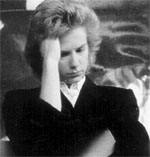 it has been said a million times in one form or the other, and now it is nothing but a worn-out clich: all the scientific progress of this century has had only one result -- stress. Millions across the globe are trying to cope with it every day of their lives. And it has taken its toll. From minor ailments to near-fatal heart disorders, the doctors are accusing stress for these and many other health problems that afflict humanity.

Recent studies conducted have shown that men and women have different responses to stress. Some scientists have questioned if oestrogen, plays a role in the way a woman tackles stress. Well, thanks to two American psychologists, researchers and medical practitioners now have -- no, not the answer -- but a very big hint that would help them to treat their female patients better in the future.

Experimental psychologists Tracey Shors and Gwendolyn Wood from New Jersey-based Princeton University conducted several tests on laboratory rats and found that though the female rats can normally be conditioned more easily than their male siblings, after stressful events they do much worse than the males. Shors and Wood expect to get the same results with human subjects.

Excessive stress has been shown to impair normal learning in both humans and animals. In a specific type of learning test, however, in which animals are "taught" to expect a puff of air to the eye after hearing a tone and blink automatically, the male rats' performance improved after tail shocks. "But so far, no one had looked at female rats," says Shors.

The two researchers performed the eye-blink test on 44 male and female rats. They exposed some of them to stress prior to the experiment, either through mild electric shocks to their tails or making them swim for 20 minutes. A day later, after conditioning the rats, Shors and Wood tallied the number of times each rat blinked in response to the tone when no puff of air followed.

Does this mean men are more comfortable with stress than women? Shors and Wood repeated the experiment with females whose ovaries had been removed. These females did not suffer from the impairment, leading the researchers to believe that the hormone oestrogen -- whose levels rise after stress -- may play a key role. To confirm this, they gave females with ovaries a substance that blocks oestrogen receptors and got the same result -- stress no longer impaired the female rats' ability to learn.

Oestrogen does not always affect learning or memory, says Shors. It reduces memory deficits in Alzheimer's patients and can slightly improve the memories of post-menopausal women. Shors thinks the precise level is most crucial. Learning improves as the oestrogen levels rise -- but only to a point. Too much is almost as bad as too little.

Shors is now testing human subjects for sex-linked differences in learning after stress. Although individual differences and higher cognitive powers make the our more complex, Shors expects the basic results to be the same. The eye-blink test might not seem like a high form of learning, but she says that association of events is fundamental cognition. "We use it every second of every day," she says.

"She has uncovered something pretty interesting," says Bruce McEwen, a human cognition expert at Rockefeller University in New York, usa. "I expect that there will be some correlates in human behaviour if we start looking."