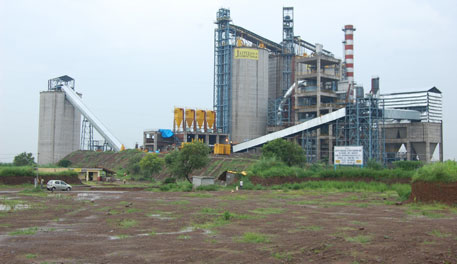 In a landmark judgement, the Himachal Pradesh High Court has asked Jai Prakash Associates Limited (JAL) to pay Rs 100 crore as damages for flouting environmental laws to build its cement plant in Solan district of Himachal Pradesh. The court also cancelled the environmental clearance granted to the company’s 25 MW thermal power plant. The projects are at Bagheri village in Nalagarh tehsil. The court has ordered the company to dismantle its thermal plant within three months from the date of judgement.

The verdict, delivered by justice Deepak Gupta and Sanjay Karol on May 4, 2012, said JAL is “guilty of making false statements for obtaining environmental clearances for all its projects.” These include its cement grinding and blending plant of 1.75 million tonne per annum capacity and the coal-fired power plant.

The court found JAL guilty of wrongly showing the cost of the cement plant at less than Rs 100 crore, in which case no environmental clearance is required. The court observed that the cost of the project was shown to be less than Rs 100 crore only to circumvent the Environmental Impact Assessment (EIA) notification. The bench found that the cost of the project was around Rs 400 to Rs 500 crore, which was much more than what was projected by the company. Besides, the company was also found to have been “put in possession of the (project) land without any legal order or authority.” The court said that the land from the common pool was exchanged for land from the pool which could be allotted without consulting the villages or carrying out proper inquiry.

While imposing damages based on "polluter pays" principle, the high court allowed the functioning of the cement plant. The reason it gave was that cancelling the environmental clearance for it would affect the livelihood of people in the area. The high court, however, warned JAL that it would not hesitate to recall the order if it is “brought to the notice of this court that JAL is not complying with the conditions laid down by EAC (expert appraisal committee of Union environment ministry), while granting environmental clearance or is guilty of causing pollution”.

The verdict came following two different civil writ petitions; one of them has been filed by Nalagarh-based non-profit Him Parivesh Environment Protection Society. The society has alleged that the cement plant has been set up in gross violation of environmental laws, especially the EIA notifications of 1994 and 2006. It also complained that village common land was wrongly transferred by the state government to the company and public hearing was not conducted properly.

The high court had constituted a special investigation team (SIT) to investigate the matter and identify the public servants who connived with and helped JAL and also those who were negligent in the discharge of their duties. The SIT headed by additional director general of vigilance, K C Sadyal, and deputy inspector general of vigilance, Himanshu Mishra, has been also asked to investigate whether any of the officials received undue benefits from JAL or any of its associate companies in any form, including grant of business and re-employment. SIT is to submit its report to the court latest by December 31 this year.

The court maintained that “JAL has successfully misled and hoodwinked the state of Himachal Pradesh, the state pollution control board, the Union Ministry of Environment and Forests, expert appraisal committee and other authorities”.

“The authorities and the officials who were manning these authorities are supposed to act like watch dogs to fiercely protect the interest of the public. They unfortunately behaved like meek lambs being led for slaughter,” the judges said.

Talking to Down To Earth over the phone, president of Him Parivesh Society, Jagjit Singh Dukhiya, said the Himachal Pradesh High Court has set an example for  state and Central governments when they become indifferent to the plight of the residents of the country and gives people hope that they can get their grievances redressed by the judiciary. “The whole project is based on false information and the government officials turned a blind eye to every violation. The judgment is a set back to polluting industries and I hope now these companies learn a lesson,” he adds. He says the judgement would also help to restore the ecology of the area.