Cause for worry for India 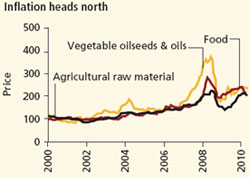 “Developing countries not only need to create enough employment in quantitative terms, they also need to improve the quality of jobs. A major characteristic of the labour is large number of low-productivity jobs and relatively few modern, high-productivity jobs.”