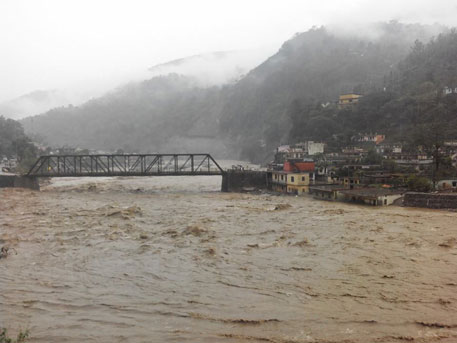 Heavy rainfall in Uttarakhand spread panic among residents even as the rivers started swelling once again, reminding people of the horrors of the flood disaster last year.

Till midnight yesterday, Uttarkashi received 88 mm of rains over a span of 24 hours while Dehradun received 64 mm rains. Met officials have sounded an alert that the region may experience heavy to heavy rainfall in the next 48 hours. The districts where very heavy rainfall is forecast are: Uttarkashi, Chamoli, Pithoragarh, Champawat, Nainital, Almora and Udhamsingh Nagar. However, officials also clarified that the rainfall would not be as high as it was last year.

BP Yadav, director of India Meteorological Department (IMD), said that the state would receive heavy rainfall because of a formation of a low-pressure system which is moving in from the north Chhattisgarh. 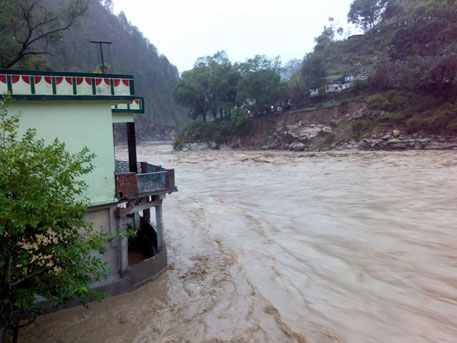 The Char Dham Yatra to Yamunotri, Gangotri, Kedarnath and Badrinath has been suspended till July 18 due to the heavy rainfall. According to sources, heavy rainfall triggered several minor landslides, blocking roads and highways because of which hundreds of pilgrims are stranded near the four shrines of Uttarakhand.

With the rise in water levels in Mandakini and Alaknanda rivers, people have started panicking. “The rivers have risen and people have already packed their bags and are prepared to flee their homes if the river reached the level of the houses near Agastyamuni area,” said Gajendra Rautela, member of non-profit group Prakriti and resident of Agastyamuni, a small town in Rudraprayag district.

Meanwhile, the state disaster management centre chief, Piyoosh Rautela, criticised IMD’s weather forecasts. He said that the warnings issued by the IMD are not specific and often changed randomly without any errata or corrigendum which causes the people working on the ground level a lot of problems. 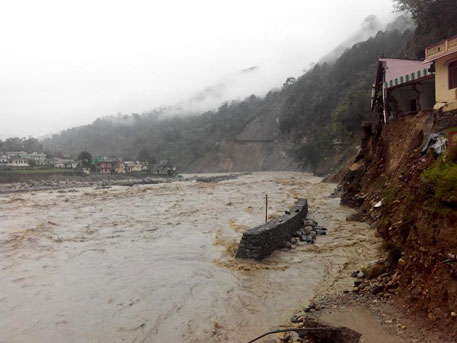 “Unfortunately, these organisations never care to accept and amend as per the standard scientific practice. No errata or corrigendum; just a fresh warning altogether. One should really think it over if the same is not adding to workload of people slogging out here,” he said.

“We understand the constraints of all departments, including that of IMD, but then they should also not start to behave that high handedly,” Rautela added. 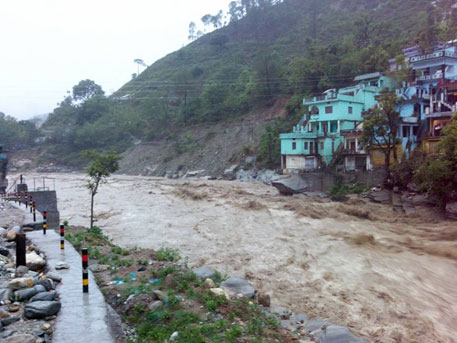