In an effort to improve the quality of technology coming into the country, the Indian government has decided to remove the low ceiling on royalty payments. 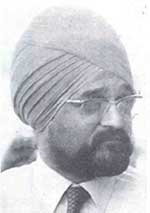 THE GOVERNMENT has decided to allow higher royalty payments than its present 8-per cent ceiling, on a case-by-case basis, to improve the quality of technology being imported. Finance secretary Montek Singh Ahluwalia says royalty payment norms are being reviewed, indicating a change of heart that hopefully will reassure multi-national companies (MNCs) that have shied away because of the current practice of imposing the low ceiling for five years.

Industrialists generally support this decision, as research and development (R&D) can absorb up to 15 per cent of a company's profits, especially in the pharmaceuticals and electronics sectors. Federation of Indian Chambers of Commerce and Industry and Confederation of Indian Industry sources say their organisations had urged the government about three months ago to liberalise royalty payments as a means of attracting better technology.

Weston Electronics chairperson Sunder Vachani says, "This move is symbolic of the government's intention to get the best technology at the lowest possible cost." He does not consider the move will significantly increase the cost of technology purchases from abroad, as royalty is just a small percentage of the total cost.

N D Rajpal, resident director of Alembic Chemical Works in Baroda, disagrees, saying the move will not improve the quality of technology, especially in pharmaceuticals, because most MNCs have subsidiaries in India. Hence, he argues, MNCs would opt for transfer pricing or sale of intermediates to maximise profits from their Indian operations, as royalty payments are taxed heavily in the country where the recipient is located, he says. As such they are unprofitable and a tedious way of moving money out of India, Rajpal adds.

It is precisely the factors of smallness of percentage and of heavy taxation that have sparked scepticism in scientific circles. At both the Department of Science and Technology (DST) and the Council of Scientific and Industrial Research (CSIR), officials say, on conditions of anonymity, that the lure of higher royalty payments would not improve either the quality of technology or the extent of technical collaboration coming into the country. This, they indicate, is because the import of technology depends more on the overall technological package, than on specifics such as royalty.

Says a senior DST official, "If the government is keen that India should get the best deal for technology available worldwide, it should use its expertise to help the private sector negotiate terms that affords it the lowest possible cost."

In both trade and industry, this scepticism is seen as an attempt by DST and CSIR to belittle the government's attempt to improve the quality of incoming technology. The fact remains that given the attitude of DST and CSIR, who are involved greatly in the development and dissemination of new technology, this new measure to improve the quality of incoming technology is not likely to have more than a token effect.