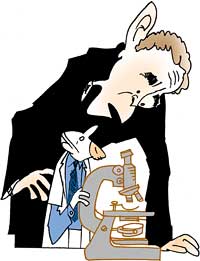 A survey by a scientific advocacy group has revealed that the George W Bush administration has frequently meddled with scientists at the us Environmental Protection Agency (epa). The Union of Concerned Scientists reports that nearly two-thirds of the 1,586 epa scientists, who responded to a questionnaire, complained of recent political interference with their work.

Our investigation found an agency in crisis, said Francesca Grifo, director of Union of Concerned Scientistss Scientific Integrity Program (also see pg 27). The investigation shows that scientific findings are tossed aside when it is time to write regulations, said Grifo.

The Union of Concerned Scientists has conducted similar surveys with staff at the Food and Drug Administration, Fish and Wildlife Service and the National Oceanic and Atmospheric Administration and found comparable allegations of political meddling.

Their latest report contains complaints that political appointees have manipulated epa scientific findings and analyses. Agency scientists reported inappropriate editing of documents, pressure from political appointees to influence scientific methods and findings, and needless delays of scientific reports. The survey reports concern by agency scientists over political meddling with epas scientific assessments of climate change and with the science supporting regulation of mercury and other air pollutants. Agency scientists also complained of interference with epas assessment of toxic chemicals and pesticides and with its oversight of groundwater contamination.