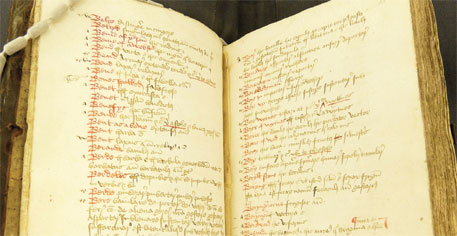 The British Library has paid over £9,000 (about US $15,000) to keep a dictionary in the UK after it was auctioned to an overseas buyer. The Catholicon Anglicum is one of the earliest examples of an English dictionary and is thought to have been written around 1483. UK’s Culture Minister Ed Vaizey said the manuscript “represents a crucial milestone in the evolution of the English dictionary”.

The British Library also paid £116,500 ($192,000) for a printed 16th-century manuscript that documents an argument between two bishops over the right of priests to marry. It is an important document for the study of the English Reformation. Scot McKendrick, head of history and classics at the library, says, “the Library has secured two invaluable witnesses to our history.”