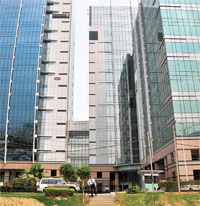 ABOUT a week after the Tohoku quake rocked Japan, India’s Ministry of Home Affairs issued letters to all states reminding them to follow the National Building Code (NBC) that details the construction of earthquake-resistant buildings.

Although the subsequent tsunami caused severe damage and killed thousands of people in the densely populated northern Japan, the damage to buildings from earthquakes was limited. The island nation faces frequent earthquakes and has some of the world’s most stringent construction codes—so strict that builders find it challenging to meet the standards. Most guidelines came into being following the 1995 Kobe earthquake in which 6,500 people were killed due to building collapse.

India also has standards and regulations in place to ensure that buildings in seismic zones remain safe. Almost 57 per cent of the country falls under high seismic zone. But Arun Bapat, seismologist in Pune, says very few buildings in the country comply with the Indian Standard (IS) Code of NBC that lays out guidelines for quake-resistant buildings (see ‘For quake-resistance’). Delhi, for instance, faces major risks as it falls under seismic zone IV—the maximum is V—and has one of the highest urban densities in the country.

But it seems the government is yet to take the threat seriously, Bapat adds. There is no check on high-rise buildings in Delhi and nearby regions. A major quake in the Himachal-Uttarakhand region can cause considerable damage to buildings over 17 metres tall in Delhi, he warns.

Studies show Delhi may face earthquakes of magnitude 6.5 or more in the next 50 years. But hardly any building in the region is ready to face the disaster; their design or materials used do not comply with the IS Code, Bapat says.

A study by the Building Materials and Technology Promotion Council in New Delhi also shows that non-engineered buildings and poor construction materials are major causes of building collapse. Hence the design and quality of construction material should be of concern while constructing quake-resistant structures, the study cautions.

“Usually government buildings comply with IS Code but private builders fail to do so,” says A K Jain, former planning commissioner at Delhi Development Authority. The architects’ and builders’ lobby is busy getting occupancy certificate without paying due consideration to the building design and construction. So there are casualty risks, Jain says. Communities should be made aware about building safety standards and there should be strict regulatory check on construction practices, he adds.

Even if IS Code is followed, Bapat thinks, the existing guidelines are inadequate to safeguard against major earthquakes. During a tremor, there is sudden horizontal and vertical movement of the ground. While existing guidelines safeguard against vertical jerking of a building, horizontal movement of earth can cause a ripple of one building collapsing over the other. Bapat calls for introducing surface wave mitigation guidelines in the IS Code and making the IS code mandatory in the building completion certificate to survive a Tohoku-like quake in India.