Homeless on the net 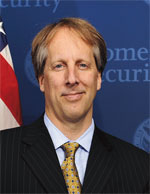 On February 4, the non-profit Internet Corporation for Assigned Names and Numbers (ICANN) doled out its last five batches of IP numbers that identify destinations for digital traffic.

Rod Beckstrom, who heads the organisation that designates numbers which give a site its Internet addresses, said, “ICANN cannot give out any more numbers.”

But he brushed aside fears of modern life being devastated by an “IPocalypse”. Internet Architecture board chairperson Olaf Kolkman explained: “It is like running out of licence plates Driving on the road the next day would not change.”

The touted solution to the problem is a switch to an IPv6 format which allows trillions of Internet addresses, while the current IPv4 standard provides a meagre four billion. The effort and expense of changing to IPv6 would fall mostly on internet service providers, websites and network operators that have to make sure systems can handle the new online addresses and properly route traffic.

“If an Internet Service Provider (ISP) gets its act together, it shouldn’t be a massive problem,” Trefor Davies, CEO of the British ISP Timico, said. ICANN has been calling for a change to IPv6 for years but websites and ISPs have been clinging to the old system. Beckstrom and Davies believe this has to do with lack of initiative.