How many can India relocate? 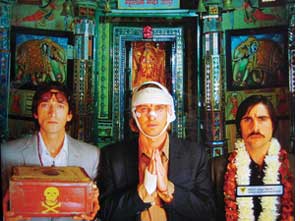 There  is talk of a new generation of filmmakers in Mumbai sensitive to the realities of an India that popular cinema has left untouched till now. Health conditions have recently found their way into film scripts. Diseases like Asperger syndrome, dyslexia and anterograde amnesia have featured in popular films— My Name is Khan, Taare Zameen Par and Ghajini, to name a few.

Such films typically depict the struggles of individuals with serious health problems. In the same spirit, the filmmakers will do well to look for material in public health (remember Insider or Erin Brockovich?). We recommend a trip to an Orissa village (see: A village crippled by fluorosis).

Most residents have severe symptoms of fluorosis. The groundwater has high concentration of fluoride. Fluorosis was noticed in the late 1980s.

Fluorosis kills quietly. It maims a person bit by bit, making painful everyday activities like walking or defecation. There is no treatment. The person has no choice but to waste away to death.

Fluoride contamination of groundwater is increasing across India. The reason is only partly natural: the bedrock of the Indian peninsula has a number of fluoride-bearing minerals like fluorite, topaz and apatite. When the bedrock weathers—a natural chemical process of rock slowly crumbling into soil—the fluoride leaches into aquifers (see The dark zone, April 15, 2003). It is important, however, to remember that weathering doesn’t happen suddenly. And fluorosis does not have a long history in India. It is a recent problem created by short-sighted water management.

People could live in these areas earlier because they relied on harvested rainwater, which pushed down the fluoride. Governments and development agencies have sponsored mining of groundwater in these areas. The private sector has followed suit. A race is on across India—to the bottom of aquifers without a thought of their recharge.

Fluorosis’s genesis is in drinking water missions built around groundwater mining. The government has fixed only a lame drinking water standard and offered token compensation. The district administration has offered the Orissa village stopgap water supply, which doesn’t work, and a relocation site. Here is the drama for filmmakers: they know the problem but refuse to move to a site the government has allocated. Even if they were to relocate, what’s the guarantee the new site will not have the same problem soon.

UNICEF says fluorosis is endemic to 17 of the India’s 32 states. That is about 66 million people at risk and six million seriously afflicted with fluorosis. Can relocation be an answer?

the 11th Five Year Plan has impressive proposals to expand the Indian university system. On the anvil are dozens of new iits and iims. In Orissa—a state at the bottom of the table in educational amenities—the state government has signed an agreement with the Vedanta Foundation for a university. The land alloted is 10 times the combined area of the proposed iits and critics have questioned the need for spending Rs 15,000 crore on a university many times the size of the University of London.

A sprawling varsity is not ipso facto questionable, especially in India where few institutions have the funds to fulfill their objectives. Significant university projects started outside the developed world that achieved anything approaching global quality have had initial investments close to about what the Orissa project of Vedanta is pegged at.

But if new institutions are not built on a rational foundation, their consequences can well be disastrous. This is why we must pay heed to the critics of the Vedanta university. Vedanta’s track record on ethical practices is nothing to write home about. Not just non-profit, some of Vedanta’s shareholders have expressed displeasure at the way the mining giant has conducted itself in Orissa’s Niyamgiri hills. In the past two years, Vedanta has lost at least three high profile shareholders. The Church of England is the latest blue chip investor to sell off Vedanta shares, criticizing the company for violating rights of tribal people in the Niyamgiri hills.