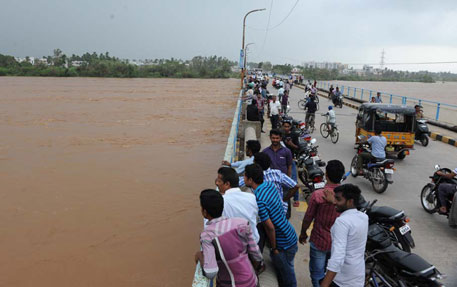 Cyclone Hudhud that made its landfall in Andhra Pradesh on Sunday has wreaked havoc in four districts, namely Visakhapatnam, Vizianagaram, Srikakulam and East Godavari. So far, 21 deaths have officially been confirmed and as many as 6,695 houses and 5,727 electric posts and transformers have been damaged.

Nineteen tanks and canals have breached their banks in Visakhapatnam. The restoration works were carried out on Monday, in Visakhapatnam city, which has a large number of industrial establishments, apart from being the headquarters of the Eastern Naval Command.

The 12 National Disaster Response Force teams deployed in the district are systematically clearing the fallen trees and cleaning the national highways. Power distribution companies have deployed over 5,000 employees and hired over 1,000 workers to restore the power supply.