Hunger and poverty trigger most of the conflicts, says FAO official 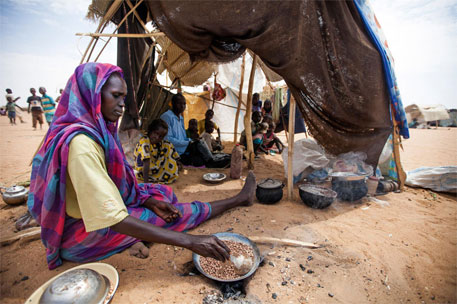 In his statement, the official from the United Nations (UN) food agency also noted how hunger and poverty are at the root of many conflicts and political fallouts that have produced more crises in the world than natural disasters. To establish his point of view, the official cited the example of how the steep increase in food prices in 2008 sparked riots in many countries across the world over rice, bread, or disputes over access to land and water and how such social conflict led to the fall of several governments.

The ongoing civil conflict in South Sudan that has caused acute malnutrition to thousands of children living there and a similar crisis in West Africa’s Mali are a few cases that explain the gravity of FAO official’s statement.

“At least 10,000 people have been killed in the conflict with more than 1 million people driven from their homes, preventing them from tending their small, subsistence farms, which dominate agriculture in one of the world's poorest nations,” says a recent Reuters report.

The conflicts in Iraq and Gaza are other examples of how rifts can leave millions without food and water.

Collaboration: the only solution

The official also made it clear that providing food security and combating poverty requires dialogue between different cultures, faiths and races in accordance with the principles that have been set by concerned UN agencies. “Diversity is central to the way FAO as an organization with 194 member states works in providing technical expertise in fisheries, agriculture, forestry and nutrition,” the Director-General noted.