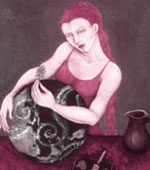 The Future of Food directed by Deborah Koons Garcia 88 minutes

The Future of Food is about genetically modified (gm) crops sneaking into our lives. It's about transnational companies turning hunger into a lucrative proposition. Companies brandish gm technology as a means to ensure food security and reduce use of harmful chemicals. But the technology has failed on both accounts -- that's the message of this movie, which suggests shifting over to real solutions such as organic and sustainable agriculture.

The movie brings up a variety of issues that show that there is a need for strict legislation to control gm crops. Allergic reactions to gm products afflict many. But transgenic crops have been put in the "generally recognised as safe" category in most North American countries -- there is no need to indicate their presence on the label. The film charges us government officials with being in hand-in-glove with gm transnationals such as Monsanto.

The documentary has been shot in the us , Canada and Mexico. The machinations of the gm majors are exposed through the case of Percy Schmeiser, a Canadian canola farmer. Schmeiser grew seeds he himself had developed. Then some of his plants acquired genetic material from the neighbour's farm. Monsanto sued him for patent infringement; Schmeiser lost the case, had to destroy his seed stocks and pay Monsanto 'compensation'. This is well-known. But the film also goes into the repercussions of the case: farmers now accept contamination of their traditional crops as a fait accompli. Many pay compensations demanded by the transnationals. Meanwhile, Monsanto's gm maize seed has now found it's way to traditional maize fields in Mexico. Would they have to be destroyed to keep Monsanto happy? But there is hope. In March last year, the food-safety organisation gmo Free Mendocino got a law passed banning gm crops and livestock in California, usa: an indicator of things to come as people become more aware.