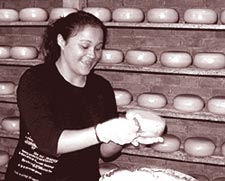 New Zealand has affirmed that its food items are among the safest in the world. On April 26, the New Zealand Food Safety Authority (nzfsa) released a report on chemical residues in the country's food supply in 2002-2003. The report is based on the results of nzfsa's monitoring of such contaminants. It includes the findings of the second quarter of the Total Diet Survey, the Animal Products Residue Monitoring Programme and the Dairy Monitoring Programme -- all studies dealing with foodstuffs.

Total diet studies estimate the actual intake of pesticides and other such toxins by people. Countries such as Australia, Canada, Germany, the uk, the us and New Zealand conduct these exercises regularly to ensure that the chemicals their people are exposed to are within safe limits. India still does not undertake such surveys.

"The news for New Zealand is excellent," says Andrew McKenzie, executive director of nzfsa. "Of the 117,340 tests, pesticide traces exceeded the maximum residue limit (mrl) in just nine cases. This means that 99.9934 per cent of results either met or were better than the regulatory agricultural compound residue requirements," he explains, adding: "In reality, this figure is probably higher as the animal samples tested were expected to have the highest concentration of residues. Many of these are not generally food products, including urine, liver and other organs, and fluids."

Of the veterinary medicine test results, 99.9877 per cent were below the relevant mrls. The residues were below the regulatory threshold in 99.964 per cent samples tested for environmental contaminants in animal products. McKenzie further reveals that the Dairy Chemical Contaminants Programme also found "no residues of any of the 80 compounds for which tests were conducted on 18,800 samples." He asserts: "In conclusion, we are delighted that the vast majority of New Zealand food producers and manufacturers have proved to be committed to ensuring that the country retains its position as having one of the world's safest food supplies."