The consumption of illegal tobacco is most prevalent in Poland, Italy, Spain and Greece 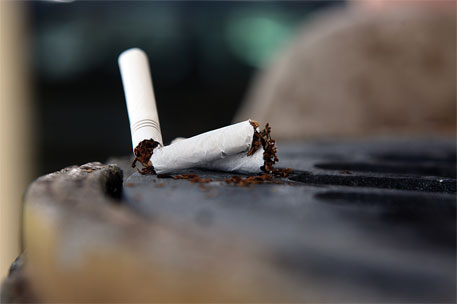 The European Union (EU) consumed a staggering 56.6 billion cigarettes in 2014, representing 10.4 per cent of total consumption, according to a latest annual report brought out by KPMG.

The illegal cigarette market costs taxpayers around $12 billion a year in lost tax revenue. If combined, thousands of transactions made in the process of illegal tobacco trade would equate to them being the fifth largest cigarette supplier to EU consumers.

Both the source and type of products available in the illegal tobacco market have continued to evolve over the years, while the upward trend of illegal trade levels in the EU has moderated in recent years. The consumption of illegal tobacco is most prevalent in Poland, Italy, Spain and Greece.

Illegal business
In 2014, more than 8 out of 10 illegal cigarettes originated from outside the EU—a 10 per cent increase compared to 2013. In contrast, flows within the EU continued to decline. This was attributed to improved industry supply chain control and narrowing price gaps among EU member states.

“…the illegal tobacco market remains sizeable and continues to evolve. Our research shows that while this is a problem that touches every member state, caution is needed particularly in countries that share borders with non-EU countries where cigarettes are cheaper and where we continue to see high illicit cigarette consumption levels,” Robin Cartwright, a partner at KPMG, was quoted by media reports as saying.

“Illicit whites” are cigarettes that are produced legally in a particular country, but smuggled into other countries where they have limited or no legal distribution.

According to KPMG, while smuggling of well-known brands has become less common, the number of "illicit whites" has grown from virtually zero in 2006 to 37 per cent of all illegal cigarettes in 2014.

Health hazards
According to the European Commission, the number of smokers in the EU is still high–28 per cent of the overall population and 29 per cent of young Europeans aged between 15 and 24 years.

Every year, smoking kills almost 700,000 people in Europe and causes millions more to suffer from diseases associated with smoking, including cancers, cardiovascular and respiratory diseases, the commission says.

To control smoking, the EU is constantly striving to make tobacco products less attractive to the youth. The commission’s proposal aims to put an end to attractive packaging marketed specifically to young people.

Currently, 17 EU countries have comprehensive smoke-free laws in place. Among these, Ireland, the UK, Greece, Bulgaria, Malta, Spain and Hungary have the strictest smoke-free provisions with a complete ban on smoking in enclosed public places, on public transport and in workplaces, with only limited exceptions allowed.

According to the World Health Organization (WHO), criminal groups profit from the illegal tobacco trade, leaving the public to pay for health and security costs. One in every 10 cigarettes and many tobacco products consumed worldwide are illegal, WHO says. Eliminating the illicit trade in tobacco would generate an annual tax windfall of $31 billion for governments, improve public health, help reduce crime and curb an important revenue source for the tobacco industry, the health agency adds.

WHO has called upon countries to work together to end illicit tobacco trade on the occasion of World No Tobacco Day 2015 (May 31).