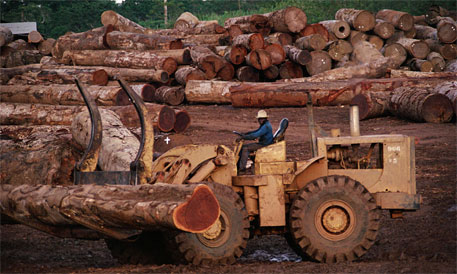 The Food and Agricultural Organization (FAO) has urged a scale-up of actions to tackle weak forest law compliance and enforcement to curb damage to the environment.

Addressing a workshop held to strengthen the institutional capacity and knowledge-base of small and medium enterprises (SMEs) in the wood industry, Dr Lamourdia Thiombiano, FAO’s Deputy Regional Representative to Africa, said that it has become necessary to stop the severe forest degradation and deforestation and act firmly in the face of the threat posed to the integrity of forest landscapes and global climate change.

He insisted that illegal logging, timber smuggling, and trade of illegally-sourced timber in the forest sector were major problems in many tropical West African countries. According to FAO, these illegal activities were costing economies huge sums of money, with timber-producing countries estimated to be losing between 10 and 15 billion pounds in revenue every year.

A recent survey by the United Nations Environment Programme and INTERPOL had also indicated that proceeds from illegal deal in wildlife and related products were being used to sponsor terrorist gangs like Boko Haram and other insurgents. “Transnational criminal organisations are making immense profits by exploiting our natural resources to fuel their illicit activities, threatening the stability and future development of some of the world’s poorest regions,” INTERPOL’s Executive Director of Police Services, Jean-Michel Louboutin had said. The same survey had also revealed that the unregulated charcoal trade alone involves an annual revenue loss of at least US$1.9 billion to African countries.