Monsoon expected over Kerala by June 5, late by at least a week 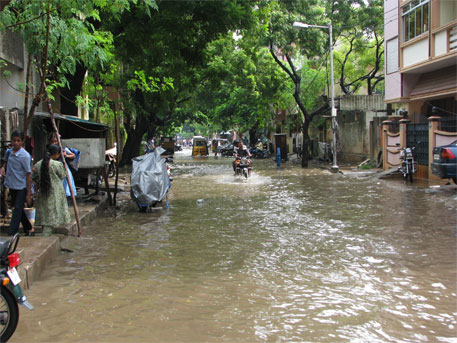 India is likely to get deficient rainfall in 2015, according to a latest forecast released on Tuesday by the India Meteorological Department (IMD). If the forecast comes true, this will be the second year in a row which will witness low rainfall.

Deficient rainfall is defined as 90 per cent or less LPA which is the average precipitation of the past 50 years. Thus, all regions except southern India, will receive scanty rainfall.

In an earlier forecast made in April, the IMD had predicted 93 per cent rainfall. “It is unfortunate that the revised forecast predicts even lower rains than before. The government is holding discussions to prepare for relief to the people,” said Union Minister for Earth Sciences Harsh Vardhan. He added that he wished that the forecast was wrong.

A high probability of El Nino in the Pacific Ocean is likely to impact the southwest monsoon. IMD says there is a well-established El Nino this year. According to Food and Agriculture Organization, there is 80 to 90 per cent probability that it will continue until the end of this year.

IMD has also predicted that monsoon will reach Kerala on June 5. It usually reaches the southern state by the end of May.