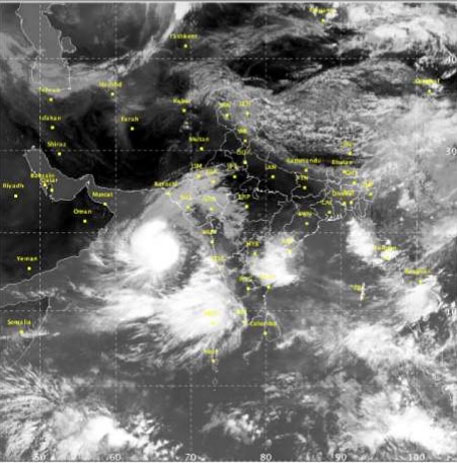 The India Meteorological Department (IMD) has issued a bulletin on Monday regarding the development of the cyclonic storm ASHOBAA over the Arabian Sea. The cyclone is expected to intensify into a severe cyclonic storm within the next 36 hours.

IMD has advised fishermen from Karnataka, Goa, Maharashtra and Gujarat against venturing into the sea as the sea condition is likely to be very rough.

According to IMD, the cyclone is likely to cause rainfall all over the western peninsular coast, with isolated heavy rainfall over Karnataka, Goa, the Konkan region and southern Gujarat. Wind speeds between 70 and 90 kmph along and off the coasts of Karnataka, Goa and Maharashtra during the next 24 hours and maximum speeds of up to 120 kmph in the subsequent 24 hours have been predicted.