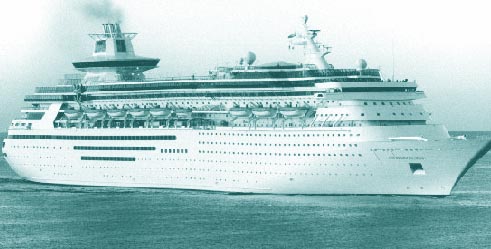 the world's second-largest passenger cruise line the Royal Caribbean Cruises Ltd has been fined us $6.5 million for dumping oily bilge water and other pollutants into Alaskan waters. "What happened is inexcusable. The company should have been able to avoid such an accident," ruled John Sedwick, a us district court judge. He also ordered the Royal Caribbean to adhere to stringent environmental norms within the company and on every cruise ship it owns. He added that the company must file quarterly reports to federal agencies, including the us Coast Guard and the Environmental Protection Agency.

In 1994, coast guard officials found the Royal Caribbean's Sovereign of Seas coming into the port in Puerto Rico trailing an oil sheen. An investigation was conducted and the company was found guilty. The Royal Caribbean, a Liberian corporation, admitted last year that it had regularly dumped oil from its ships. It has agreed to implement a court-supervised programme to improve its procedures. us Attorney General Janet Reno said that the "Royal Caribbean used our nation's waters as its dumping ground even as it promoted itself as an environmentally-green company."