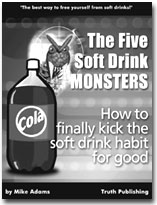 Water is such an important resource that it is becoming the basis of many conflicts. In India, communities from Rajasthan to Uttaranchal to Tamil Nadu struggle to access and manage potable water.

Now from this arid terrain comes a book that traverses a range of water-related issues, from climate, rainfall and geomorphology to surface water and groundwater potential. H Sarvothaman, expert in remote sensing technology in studies of water resource, and an avid trekker in the Himalaya, talks of the glacial water resources of India, about how global warming affects the Himalayan glaciers and the climatic changes that cause droughts.

Sarvothaman's proposed solutions for water resource management in arid regions and in drought control are common knowledge. These include surface runoff management, watershed linked rainwater management, management of locating water-bearing features, groundwater recharging and rainwater harvesting (rwh). But he also stresses the need to augment water resources through alternate ways like using desalination and wastewater treatment techniques, or catching rooftop rainwater in urban areas for improvement in local water levels. However, his belief that building bunds and de-silting tanks and reservoirs is best left to civil engineers of the state public works and irrigation departments is almost a nostalgia for British ways of managing water resources, which has lead to the death of water bodies that were alive and well when managed by the community.

Sarvothaman does advocate, though, returning to sustainable agriculture instead of a continued exploitation of groundwater. Techniques like precision farming, using the Global Positioning System (gps), fitted in a tractor linked to satellite, are also arrangements to provide information directly to farmers about the availability and needs of water and soil nutrients.

The author blames the failure of rwh in Andhra Pradesh (ap) on the lack of proper implementation of the design of the groundwater recharge pit, prescribed by the government (figure 9.5, pg 101). However, this pit, with its inherent design faults, was widely adopted in ap and has led to the failure of rwh in the parched state.

The book also puts the blame for the failure of piped water supply schemes (he calls them a social service by the authorities) squarely on the people at the user end, due to their wasteful practices in managing a precious resource. Though partly true, this completely ignores the culpability of our inefficient supply systems or of state responsibility.

He finds big dams the ideal solution, reviled by "ill informed but power-ful groups of the so called human activists". Nuclear power should run desalination and wastewater treatment, despite "resistance from ill-informed, biased environmentalists, general public and lop-sided propaganda in the media". Such simplistic answers permeate the book until it meanders to its weary end.