In the safety net 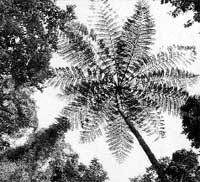 rare species of plants in China came under legal protection recently. The wild plants protection regulations, which had been ratified by the country in September 1996, took effect from January 1 this year. Calestous Juma, executive secretary of the Convention on Biological Diversity, said that this move was an important step by China to implement its commitment to the conservation and sustainable use of biological diversity. He urged other countries to take similar action. The protected plants will be divided into two major categories, covering sub-divisions such as endangered and culturally and economically valuable plants.

More than 30,000 kinds of plants -- 12 per cent of the world's total -- are found in China. The new regulations will be enforced by the ministries of forestry and agriculture, said Chen Jianwei, deputy director of the wild animal and forestry conservation department. The new laws are aimed at curbing illegal damage and trading of precious flora. Violators of the plant preservation regulations will be fined 10 times the market value of the protected flora, said Jianwei.