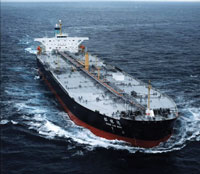 MEMORIES of the 2004 tsunami that hit Andaman islands and Tamil Nadu are still fresh. In a single morning, over 14,000 people died, many went missing and a million lost their livelihood. Reason: they were not warned on time.

Early detection of tsunami is critical for evacuation and disaster mitigation. Automated tsunami warning systems in use employ tide gauges that measure changes in sea-level and deep ocean pressure sensors to provide an alert immediately after an earthquake. But they are not accurate because tide gauges are restricted to land and sensors are prone to systemic failure. The systems are also expensive to maintain and need constant surveillance.

Researchers from the US have shown how commercial ships and cruiseliners that travel across the globe provide better tsunami warnings. The team studied the tsunami that followed the earthquake that hit Maule in Chile in 2010. A Global Positioning System (GPS) was installed on the vessel travelling from Hawaii to Guam. This GPS scanned for variation in the sea-surface height, which was then processed to get the wave amplitude (difference between the highest and the lowest point of a wave). The estimates of variation in sea-surface height showed that the wave amplitudes were similar to those predicted by Pacific Tsunami Warning Center then. The study was published in the May 5 issue of Geophysical Research Letters.

But is this use of GPS really better than the systems in use? “Well, the only limitation is based on the amplitude of the tsunami wave,” says James Foster, lead author. “A low-magnitude earthquake would have a detectable tsunami close only to the source, so, unless the wave amplitude change occurred very close to a major shipping lane, it would be unlikely a ship would detect it. This system can, however, accurately detect an amplitude change greater than seven centimetres, usually caused by moderate and large earthquakes,” he adds. The study states that had this technology been used during the 2004 tsunami, the event could have been detected an hour earlier, since the wave amplitude was 50 cm and there were 38 ships in the vicinity.

“Moreover, for ship-based GPS system to be a reliable, many parameters such as the frequency of data collection, detection thresholds and data filtering techniques need to be derived,” points out Sridhar Balasubramanian, a researcher working on geophysical fluid flows at Los Alamos National Laboratory in the US.

Currently, GPS contributes to tsunami warning efforts only through land-based networks, which are not very reliable and deploying it on pressure buoys would be very expensive, he adds. “But since commercial ships are an existing infrastructure and have vast coverage, they can be an inexpensive and effective method,” Balasubramanian says.