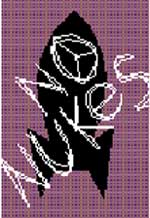 the International Court of Justice in The Hague has delivered its profoundest judgement yet: nuclear arms should not be used in war. However, it was unable to make up its mind on whether the restriction included the usage of such arms as a means of self-defence. Eleven days of hearing and testimony from 25 countries later, the 14-judge court delivered the judgement on the issue raised by two un bodies, the World Health Organization (who) and the United Nations General Assembly on July 8.

The decision came as a fillip to the anti-nuclear lobby which hoped the court judgement would serve as a beginning for a worldwide campaign to ban nuclear usage. The who was also asked to limit its attention to issues of public health and not international law as they "lay outside who's scope of activities".

The only factor of consequence arose when the court refused to accept arguments in favour of nuclear weapons proposed by the nuclear-haves, that the presence of the bomb acted as a nuclear deterrent and had brought peace to western Europe.