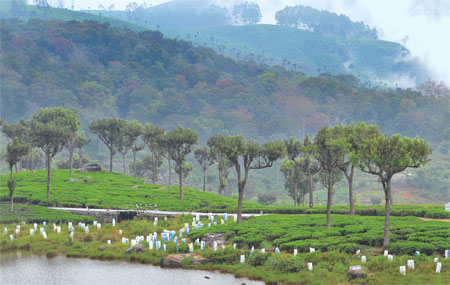 In what is seen as a ground-breaking move, India has become the first nation in the world to adopt an agroforestry policy. The National Agroforestry Policy, which deals with the practice of integrating trees, crops and livestock on the same plot of land, was launched February 10, the first day of the World Congress on Agroforestry, held in Delhi. The policy, approved by the Cabinet on February 6, deals with problems agroforestry sector is facing at present, including adverse policies, weak markets and a dearth of institutional finance.

Agroforestry has the potential to achieve sustainability in agriculture while optimising its productivity and mitigating climate change impact.

Farmers have been growing trees on their farms for generations to maintain healthy soil and secure food supplies and for timber and fuel. But the practice of agroforestry has been declining sharply in India in the past few decades.

Policy removes constraints on agroforestry
The new policy talks of coordination, convergence and synergy between various elements of agroforestry, scattered across various existing missions, programme and schemes under different ministries—agriculture, rural development and environment. The policy would be implemented through an integrated agroforestry mission or board.

“The employment scheme, Mahatma Gandhi National Rural Employment Guarantee Scheme (MGNREGA), alone involves expenditure of more than Rs 500 crore a year on plantation,” points out  S K Dhyani, director of National Research Centre for Agroforestry in Jhansi. He adds that there is a need to adopt an integrated approach for the number of schemes operating under various ministries dealing with agroforestry. 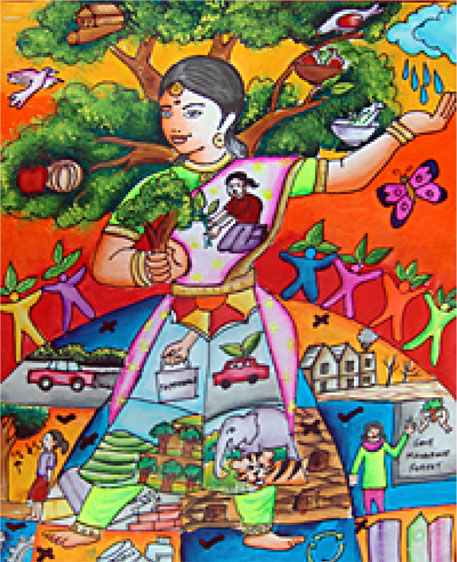 The policy also talks of amending unfavourable legislation and simplifying regulations relating to forestry and agriculture.

“There are regulations imposed by multiple agencies like departments of forest, land revenue and other local bodies on felling and transit of trees, which is another major discouraging factor in growth of agroforestry,” says N D Yadav, principal scientist with regional research station of Central Arid Zone Research Institute in Bikaner, Rajasthan.

Besides, the policy also talks about security of land tenure, promoting research and capacity building, felicitating participation of industries dealing with agroforestry produce and offering incentive to farmers.

Multiple benefits
Over 80 per cent farmers in India are small land-holders, owning less than two hectares or less and 60 per cent of the cultivated area; they rely on rains for irrigation. These rainfed farms are under stress because of absence of assured irrigation and low biodiversity. Agroforestry is seen as a solution for them to meet the challenges of food, nutrition, energy, employment and environment security.

After enacting the National Food Security Act, 2013, which makes it a legal obligation for the government to provide food to more than 80 crore of the country's population, there was a felt need to increase agricultural production in a sustainable manner.

Agroforestry can also help in reducing unemployment. “As per current estimates, 64 per cent of our timber requirement is met through trees grown on farms which generates 450 employment-days per hectare per year,” says Ashish Mandol, a national advisory council member who steered the committee for drafting agroforestry policy.

“As land-holding size is shrinking, combining tree farming with agriculture is the only way to optimise farm productivity. Agroforestry intervention can be a potent instrument to help to achieve the cour per cent sustained growth in agriculture,” adds Mondol.

The new policy shows a major shift in outlook towards agroforestry. “Earlier, agroforestry was viewed as part of forestry. But now the policy views it through the prism of agriculture,” says Dhayani.

“The policy will enable farmers to reap the benefit of agroforestry to meet country's population demand for food, fodder, firewood and timber, against a backdrop of shrinking land and water resources for agriculture and the threat of climate change,” he adds.

New Delhi Declaration on Agroforestry
Over 1,000 delegates from 80 countries assembled in Delhi  for the agroforestry congress and adopted a declaration for the next five years. The first congress was held in 2004 in Nairobi. The theme of this congress was: Trees for Life: Accelerating the impact of Agroforestry.

At present, over one billion hectares of agricultural land, almost half of the world's farmland, have more than 10 percent of their area covered by trees. Out of it, 160 million hectares have more than 50 per cent tree cover. As the amount of global forest shrinks, growing trees on farms for all kinds of purposes become more important.