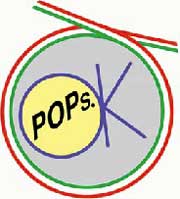 On October 20, 2005, the Indian government finally gave its approval to ratify and accede to the Stockholm Convention on persistent organic pollutants (pops). The move came after months of dithering by various ministries to ratify the treaty, which aims to eliminate or restrict the production and use of pops. pops are 12 chemicals and pesticides that persist in the environment for a long time and are highly toxic.

Currently, the Stockholm Convention, which came into force on May 17, 2004, has more than 104 parties and 151 signatories.