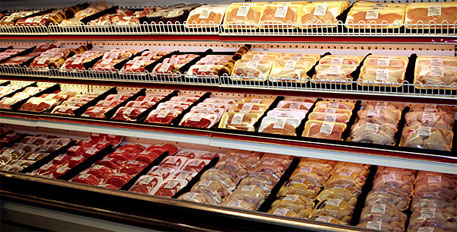 India is giving tough competition to Brazil and Australia, which were so far known as leading buffalo meat exporters.

According to the Meat and Livestock report prepared by the Australian Bureau of Agricultural and Resource Economics and Sciences, released last week, India exported 1.56 million tonnes of buffalo meat, popularly known as carabeef, in 2013. By contrast, Brazil exported just 1.18 million tonnes and Australia 1.07 million tonnes. Till 2011, Australia was the largest buffalo meat exporter.

Vietnam, Thailand, Malaysia, Saudi Arabia and the Philippines were the main markets of India. Interestingly, India achieved the growth despite the fact that the UN’s World Organization for Animal Health categorises the country as endemic for the highly contagious Foot and Mouth Disease. This dissuaded several major consumers, including the US, Japan and Korea, from importing buffalo meat from India.

The report says India’s recent achievement is because of its low price. While a kilogram of buffalo meat from India costs US $2.88, Brazil and Australia sell it at US $ 4.52 and US $ 4.73, respectively. Buffalo meat is an inexpensive form of protein for several South-East Asian countries. 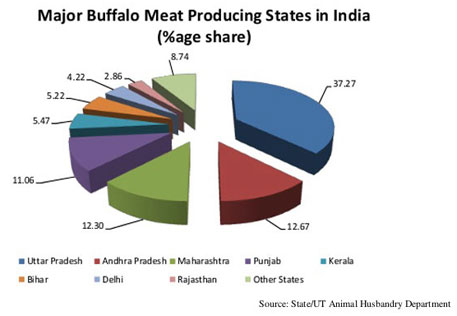 The report attributes India’s performance to the scheme Salvaging and Rearing of Male Buffalo Calves, introduced by the former UPA government, and increasing investments in buffalo meat processing industry. The government scheme allows use of unwanted male dairy buffalo for meat. Though several Indian states prohibit cattle slaughtering, especially cow, due to religious sentiments, lately some have allowed slaughtering of buffaloes. Besides, India also provides halal meat for its West Asian consumers.

Talking to Down to Earth, a buffalo meat exporter says, “Now with the Bharatiya Janata Party (BJP) in power, the industry will suffer a setback. It would frame policies based on religious sentiments and not from the business point of view.” The exporter is not even sure if the BJP government would allow them to export carabeef to China. As per an MoU signed between the two countries last year, India can export buffalo meat to China directly.

According to the Food and Agricultural Organization (FAO), there were 195.26 million buffaloes in the world in 2011. Most of them are found in Asia, with India contributing 57.83 per cent share of the total buffalo production. It was followed by Pakistan and China with 16.25 per cent and 11.97 per cent, respectively. In India, Uttar Pradesh, Andhra Pradesh, Maharashtra and Punjab are the leading buffalo meat producing states. Yet India’s per capita buffalo meat consumption remains low--about 2 kg per year. Though consumption has increased in recent years, Indians still prefer poultry, fish and mutton.