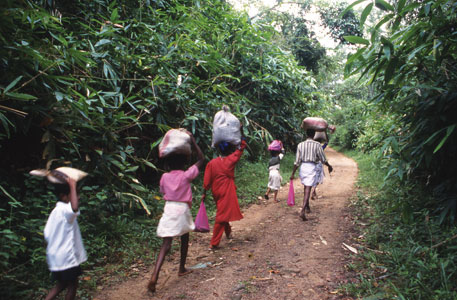 The Central government has approved the ratification of the Nagoya Protocol  on October 4. This was stated by Jayanthi Natarajan, India's environment minister, at the eleventh Conference of the Parties (CoP 11) to the Convention on Biological Diversity (CBD), which started in Hyderabad on Monday. The process of depositing the ratification with CBD is under way and is expected to be completed soon, she informed.Â´â•—â”

As for the Protocol, she said, good progress has been made by its intergovernmental committee (ICNP), especially in the second meeting held in New Delhi in July this year. The Nagoya Protocol on Access to Genetic Resources and the Fair and Equitable Sharing of Benefits Arising from their Utilization (ABS) to the Convention on Biological Diversity needs 50 ratifications for it to come into force. But, so far, only six countries have deposited their ratifications with CBD.

The minister said India has been implementing progressive unique and landmark programmes for the conservation of biodiversity while addressing the inaugural function. India is a recognised megadiverse country, but there is immense biotic pressure on its rich biodiversity. The country with 2.4 percent of the land area, accounts for seven to eight per cent of the recorded species in the world even while supporting 18 percent of the human as well as cattle population.

“In spite of having tremendous demographic pressure and development imperatives, we are implementing progressive, unique and landmark programmes relating to biodiversity,” she said. The programmes listed by India before the international audience are: joint forest management for sharing of benefits from forests with local people; decentralised governance through elected local level bodies for planning economic development (Panchayati Raj institutions); enactment of

Biological Diversity Act in 2002  in response to the post-Rio changing paradigms relating to biodiversity; recognition of forest rights of traditional forest dwellers through Forest Rights Act, 2006; and the National Rural Employment Guarantee Programme with an annual investment of over US $7 billion.

“The rural employment guarantee programme is by far the largest sustainable livelihood and poverty alleviation programme, with afforestation, irrigation and water conservation built in strategically for legally guaranteeing jobs,” she claimed.

According to her, India is one of the first few countries to enact legislation, giving effect to the provisions of CBD, including those relating to access and benefit sharing. She claimed the Biological Diversity Act of India was the most significant initiative taken by India.

“We have a great deal to offer to the world in terms of our experience in protecting biodiversity with the active participation of the local communities,” the minister said. “As one of the fast-emerging economies of the world, it’s once again the time for India to lead from the front, and demonstrate that poverty alleviation can happen.”

As for conservation of the biological diversity, the challenge before India, as before all other developing countries, is to strike the right balance between addressing the environmental concerns and the need to eradicate poverty. For the developed world, the challenge is how to change the consumption patterns, because it cannot be only about more efficient use of resources, but it also has to be about reworking of consumption patterns. There is clearly a need to forge partnership between the developed and the developing countries, and work together to attain these twin objectives, she said.

According to her, the essence of CBD is very aptly captured in the famous quote of Mahatma Gandhi: there is enough in the world for everyone’s needs but not for everyone’s greed.