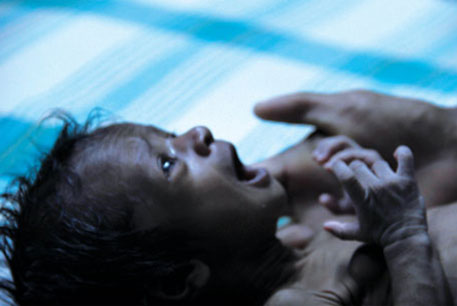 Union Health Minister Harsh Vardhan launched the India Newborn Action Plan (INAP) on Thursday. The plan aims at reducing deaths among children within 28 days of their birth. Of the 2.8 million newborns who die worldwide every year, at least 700,000 die in India. The plan was launched in the presence of Bill Gates and Melinda Gates, co-chairs of Bill and Melinda Gates Foundation and representatives of World Health Organisation and UNICEF.

“Every year, 1.3 million children under five years of age die in India. Nearly half of them, 756,000, die in the first month of their birth. We have studied the reasons in depth and have proposed comprehensive solutions,” said the minister.

INAP will be implemented under the existing Reproductive, Maternal, Child Health and Adolescents Plus (RMNCHA+) framework. It has been prepared in response to the Global Every Newborn Action Plan launched at the World Health Assembly in June 2014.

Newborn deaths have decreased at a slower rate than post-neonatal deaths in India. A large number of babies die each year due to preventable reasons. The plan focuses on reducing these preventable deaths.

“The plan integrates services provided at various levels. An expert committee has identified gaps at technical as well as implementation levels and found solutions to them,” said Vijay Yewale, president, Indian Academy of Paediatrics, a representative body of paediatricians, which will partner with the government on delivery of services under the plan.

However, it is not yet clear how the plan is different from the services that are already provided by the government. “The minister himself is a doctor. This gives us hope that the plan will help reduce newborn mortality,” said Yewale.

Harsh Vardhan also announced that the ministry will soon launch a national plan on nutrition.