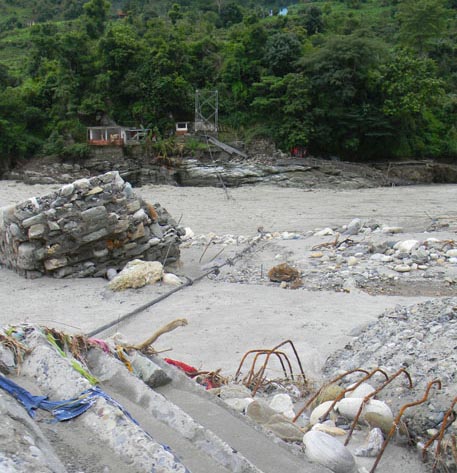 India has made quite some progress in countering hunger and under-nutrition in the past two years but Nepal and Bangladesh have done better and have shown serious commitment through political will, says the Hunger and Nutrition Commitment Index (HANCI) report, 2013.

The annual HANCI report, prepared by non-profit Institute of Development Studies and International Food Policy Research Institute funded by government of UK and Ireland, has ranked India 19th among the 45 developing countries it has evaluated. The report says that India’s commitment to alleviation of hunger and under-nutrition is far less than that of some of the world’s most poor countries.

Guatemala, Peru, Malawi, Brazil, Madagascar, Nepal and Tanzania have been rated as highly committed; Burundi and Liberia have made progress on action to reduce chronic hunger and undernutrition. Some of the bottom of the index countries include Angola, Myanamar, Afghanistan, Sudan and Guinea Bissau.

HANCI measures political commitment of governments in tackling malnutrition and hunger by evaluating what governments achieved through enacting laws and where they have failed.

According to FAO report published last year, a total of 842 million people in 2011–13, or around one in eight people in the world, are estimated to be suffering from chronic hunger, and not getting enough food to conduct an active life. The figure is 26 million lower than the figure reported for 2010–12.

Many countries in Africa still report high or very high child stunting prevalence rates of 30 per cent or more. The worst-affected countries are concentrated in eastern Africa and Sahel. A few countries in South Asia also report stunting rates of up to 50 per cent, according to the FAO report of last year. Under-nutrition contributed to 45 per cent or 3.1 million deaths of children under five in 2011.

The HANCI report says “lack of political will” or “political prioritisation” is one of the prominent reasons for countries not reducing hunger and under-nutrition. The wealth created by economic growth can be used by increasing public spending and designed legislation to tackle twin problems, it says.

How Nepal improved its ranking
Nepal has made the biggest improvement in HANCI scores among the 45 developing countries evaluated, and accordingly has moved up from 18th to 6th rank in the index. The country has shown strong political commitment in the past two years, says the report.

Nepal joined the SUN movement, a movement for nutrition involving nutritionists, doctors and other professionals, in 2011. Even Prime Minister Baburam Bhattarai serves as a SUN Lead Group member. A high-level Nutrition and Food Security Steering Committee (NFSSC), under the auspices of the National Planning Commission, involves multiple stakeholders from across sectors. In 2012, the Government of Nepal, representatives from UN agencies, development partners, civil society and the private sector signed a Declaration of Commitment for an Accelerated Improvement in Maternal and Child Nutrition.

India has shown a lot of commitment to counter hunger and malnutrition in the past decade. It has started many community participation programmes, which generated awareness and benefited many, says the report. This has improved India's ranking from 29 to 19.

India's social protection schemes
After Nepal, and jointly with Burundi, India has shown greatest improvements in HANCI scores between the 2012 and 2013 editions of the index. Some of the government of India’s social protection schemes, such as the reformed Public Distribution System (PDS), Mahatma Gandhi National Rural Employment Guarantee Act (MGNREGA), Integrated Child Development Services (ICDS) and Mid Day Meal scheme (MDM), are meant to tackle food problems. Among these, the ICDS is the most geared towards addressing reducing under-nutrition.

In India, according to report, overall picture shows a fairly consistent pattern in men’s and women’s preferences for spending and legal frameworks of the schemes. Survey of people in rural areas showed they were aware of social welfare programmes like ICDS and MGNREGA and want their rights through legal framework and legislation whereas the poor in urban India showed preference for budgetary spending over programmes and policies.

Bangladesh has slipped to rank 16 from last year's ranking of 12. Experts say that the country is making progress in service delivery. They point to lack of coordination between Centre and states as the main reason for the slippage.

Methodology
The HANCI compares 45 developing countries for their performance on 22 indicators of political commitment to reduce hunger and undernutrition. It looks at three areas of government action like legal frameworks, policies and programmes and public expenditures.