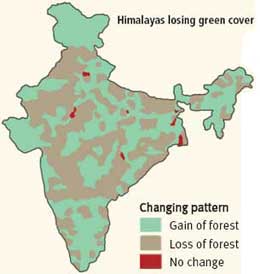 The report on state of India's environment says degraded land in the country has decreased from 57 per cent in 2001 to 45 per cent in 2009. Forest cover has increased, marginally. But there is little else to cheer