Policy proposed to bring uniformity in contractual provisions for exploration and production of all types of hydrocarbon resources, says minister at ongoing World Petroleum Congress at Moscow 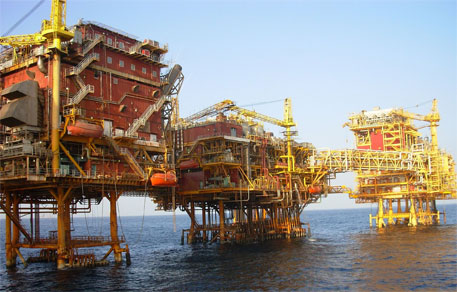 India has proposed to amend the existing policies for oil and gas exploration to encourage foreign investment.  It plans to bring uniform licensing policy (ULP) to facilitate production of all forms of hydrocarbons — from oil to shale gas — under a single policy regime, said the Indian petroleum minister, Dharmendra Pradhan in the ongoing World Petroleum Congress at Moscow.

Currently, separate contracts are awarded under different policies like New Exploration Licensing Policy (NELP) for oil and gas blocks, and Coal Bed Methane (CBM) policy for CBM blocks. Industry has been arguing that exploration becomes difficult when there is overlapping of resources in certain blocks, and there are separate contractual conditions. ULP proposes to bring uniformity in contractual provisions for exploration and production of all kinds of hydrocarbon resources. Around 70 per cent of the existing Indian basins remain largely under-explored.

“There is a need for facilitating increased production in India and the need to hasten the pace of domestic of domestic exploration and production. The ministry is already in the process of bringing out amendments and new policies to achieve this,” said Pradhan.  India imports 80 per cent of its crude oil and 25 per cent of its natural gas requirements. According to the oil ministry’s estimates, India’s energy demand is expected to double by 2035 from the existing 700 million tonnes of oil equivalent (mtoe) to around 1,500 mtoe.

The long pending and controversial matter of gas price hike in India also came up when Bob Dudley, CEO of British Petroleum (BP), termed his company’s experience in the matter as “disappointing”. Media reports also quoted him saying that now with the new Indian government he is hopeful that the gas price reform will take place soon. “It's very important, or the entire offshore industry in India is at risk.

I'm hopeful that the new government will move the price up. It's actually essential to preserve that industry," media quoted Dudley on the sidelines of WPC.

BP, Mukesh Ambani's Reliance Industries Limited and Canada's Niko partners in KG-D6 basin in Andhra Pradesh had issued a notice to the previous government, seeking announcement of the higher prices for gas finalized in January. They are currently selling at $4.2 per million British thermal units, which the industry says is below market rates. The new gas price announcement was to be done on April 1, but because of announcement of general elections, the decision was deferred. The new government is revising the price formula and is expected to announce the new price on July 1.

Report: Report of the committee on roadmap for reduction in import dependency in hydrocarbon sector by 2030 (Kelkar Committee Report on Oil and Gas Exploration Contract)