India to confront Monsanto in US 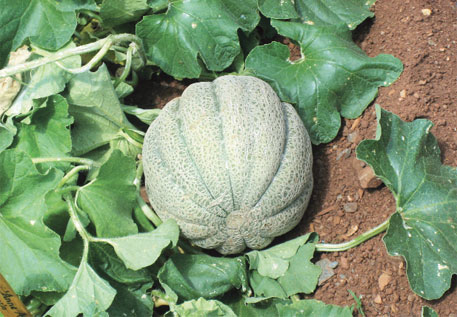 TAKING the lead in another biopiracy case after Bt brinjal, the National Biodiversity Authority (NBA) has decided to challenge the alleged misappropriation of the germplasm of Indian melon, Cucumis melo, by US agri-biotech giant Monsanto Company. NBA plans to file a pre-grant opposition (an application opposing the patent before it is granted) to the patent application of Monsanto before the US Patent Office.

Monsanto has applied for a patent for the breeding of melon seeds resistant to closterovirus using molecular biology. The virus causes cucurbit yellow stunting disorder in melons, turning the leaves yellow and stunting the plant growth. First detected in 2006 in cantaloupe and honeydew melons, watermelon and squash in the US, the virus has since spread across North America, Europe and North Africa.

NBA’s decision has come after the 31-member Expert Committee on Agrobiodiversity, headed by E A Siddiq, recommended taking legal action against the alleged violators of the Biodiversity Act. C melo’s resistance to the virus is already registered in international seed banks as P13 13970.

Sources in NBA say the authority has also decided to serve notice to the Indian subsidiary of Monsanto. NBA is waiting for commitment of funds from the Union environment ministry as opposing such cases in US courts is a costly proposition, they say. However, most committee members were initially reluctant to challenge the patent application of Monsanto despite evidence, Debal Deb, a member of the expert committee, told Down To Earth. “We had to push hard to convince them,” says Deb, adding that even NBA is reluctant to pursue the case. The committee submitted its report last year. Being the apex authority for biodiversity, NBA should have immediately taken action. But it has failed to act till date, he adds. “The irony is,” Deb says, “the patent is being given to a hybrid developed with normal hybridisation.”

Monsanto has already obtained a European patent on this seed breeding through its Dutch subsidiary, Monsanto Invest N V. The patent was originally filed by DeRuiter Seeds Group in the EU in 2005. In 2008, Monsanto Invest acquired DeRuiter and thus received the EU patent—EP1962578—granted in May 2011. NBA sources say by the time they learnt of the patent the time for opposing it was over.

A Monsanto spokesperson says any allegation of misappropriation of the Indian melon germplasm is factually incorrect and grossly misleading. “We understand that the public germplasm melon (Cucumis melo) line P13 13970 germplasm was included into the Russian VIR database (plant genetic resources database of Russia) in 1961 and was transferred to the US Department of Agriculture (USDA) in 1966 by Russian research institute, N I Valvilov Research Institute of Plant Industry. DeRuiter Seeds Group lawfully obtained samples of this line from USDA in the 1990s and the subsequent development work relating to the Cucurbit Yellow Stunting Disorder Virus resistant allele was conducted by DeRuiter Seeds using these materials (obtained from) outside India. Thus, the inventors accessed the melon from a public source in accordance with the applicable laws.”

The spokesperson adds that since the scope of the patent is limited, the germplasm line from which the innovation was achieved remains available for all breeders and seed researchers. The patent does not restrict further research and development efforts with the germplasm line, he adds.

No Patents on Seeds, an international coalition of non-profits and advocacy groups like GeneWatch and Greenpeace, however, fears that with this patent Monsanto can block access to all breeding material inheriting the resistance derived from C melo. Melon breeders and farmers could be severely restricted by the patent as it might discourage future breeding efforts and the development of new melon varieties.