Scientists at the Indian Institute of Science are developing a novel transgenic mouse which will express the human GUCY2C protein, a receptor for bacterial toxins that cause the rare diarrhoea 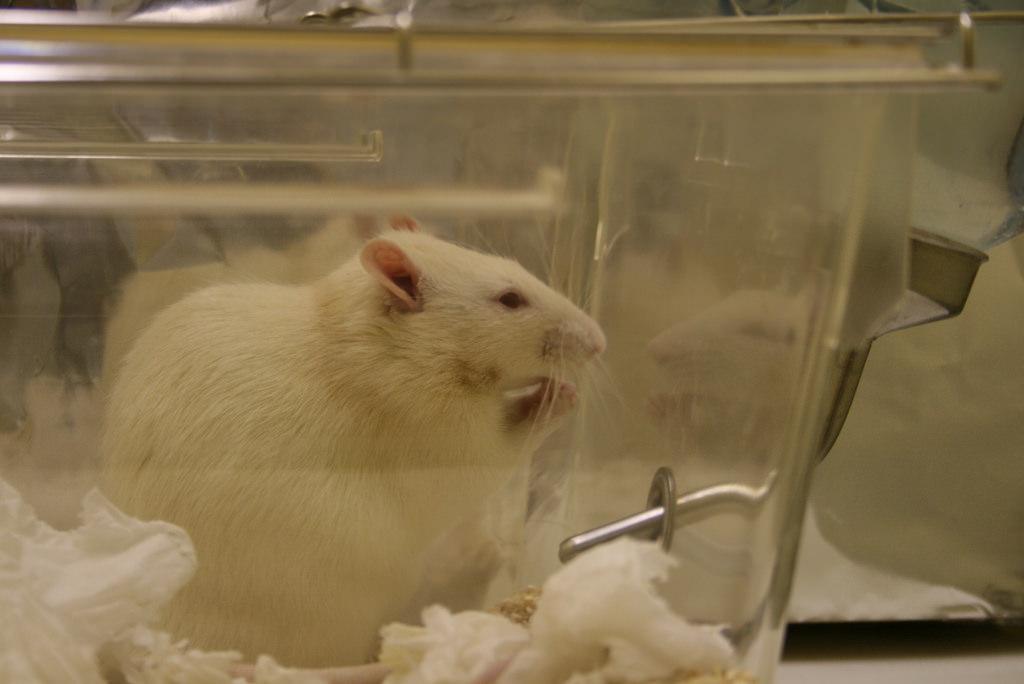 Diarrhoea is caused when toxins generated by certain strains of E. coli that colonise the gut, bind to the receptor and activate it. This results in changes in the intestinal cell, which leadsto fluid secretion and diarrhoea. Credit: Jean-Etienne Minh-Duy Poirrier/Flickr

Diarrhoea is normally caused by bacterial, viral or parasitic organisms. The disease could be prolonged or last for a few days. Provision of safe drinking water and use of improved sanitation and hand washing with soap can significantly reduce the riskof infection.

However, there is a rare form of diarrhoea, which is caused due to specific genetic mutation in patients. The symptoms of the disorder begin right from birth and continue lifelong, even in the absence of infection. The patients also suffer from several other complications, including irritable bowel syndrome, bowel obstruction and inflammatory bowel disease.

The disease was first identified in a Norwegian family ten years ago, with as many as 32 members from three branches of the family found to be affected by the disease. Studies showed that the cause was a mutation in a gene that produced a protein called GUCY2C.

GUCY2C is a receptor for bacterial toxins that cause diarrhoea, as well as peptides found in the gut. Diarrhoea is caused when toxins generated by certain strains of E. coli that colonise the gut,bind to the receptor and activate it. This results in changes in the intestinal cell, which leads to fluid secretion and diarrhoea. Normally, the activity of GUCY2C is kept under control, but the mutation in these patients causes hyperactivity of the receptor, resulting in continuous fluid secretion.

Studies to understand the basis of the disease and perhaps provide ways of helping patients have recently got a shot in the arm with the Department of Biotechnology (DBT) awarding a grant to scientists at the Indian Institute of Science, Bengaluru, led by Sandhya S Visweswariah, professor, the Department of Molecular Reproduction, Development and Genetics.

The project includes development of a novel transgenic mouse which will express the human GUCY2C protein, harboring a mutation in its gut. The mouse is being produced by a company in France and is likely to be ready for studies by July this year.

Speaking to India Science Wire, Visweswariah said a significant feature of the animal model will be that it will be possible to switch on and switch off the activity of the human gene. “We don’t know what will be the impact of the human gene on the animals. Therefore, we don’t want to keep it active all the time. The gene will be switched on when we want to conduct a study, by providing a specific chemical in the diet.”

“I have been working on GUCY2C for a long time. When the Norwegian clinicians found that mutations in GUCY2C had a role in the disorder, they got in touch with me and since then we have been collaborators,” she added.

The disease may be present in India, but managing this disorder is very expensive. “The disease manifests at birth, and children affected by it have to be given nutrition constantly through parenteral methods to compensate for the loss due to frequent bouts of diarrhoea. In the West, people can afford to set up necessary system within their homes,” she said.

The focus of the study, she said, was to find a drug molecule that could suppress the activity of the protein. She and her team have also been studying other transgenic mouse models where GUCY2C protein is made to be active all the time, and this mouse was developed with funding from the US-based Bill and Melinda Gates Foundation and the University of Bergen, Norway.

“Mice and humans have a major difference in that we consume a lot of fluid in our diet.  Rodents such as mice consume very little water and therefore it gets largely absorbed in the body. Consequently, it is not possible for mice to demonstrate aspects of the disease identical to that seen in humans. However, we need to use the mouse as a model, and the new mouse that is on the way would hopefully be a game changer.”