Setting up of large-scale pharma and chemical clusters in proximity to each other can help sector perform better, says industry body ASSOCHAM 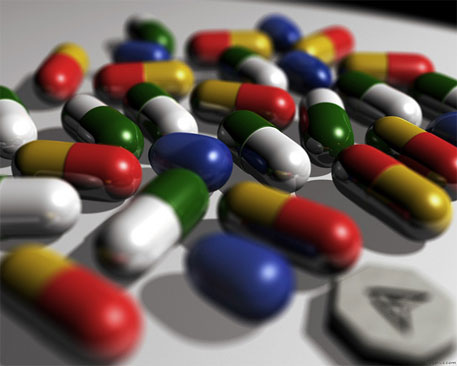 Despite being the third largest producer of drugs in the world, the pharmaceutical industry in India depends on China for imports. This has been revealed by a new study conducted by The Associated Chambers of Commerce and Industry of India (ASSOCHAM).

Titled ‘Pharmaceuticals Sector in India: Challenges faced and suggested way forward’, the study has cautioned that the ongoing rate of imports from China is leaving the industry susceptible to abrupt disruption in supplies.

It is ironical that the country, which enjoys a desirable position for supplying the most reliable and affordable medicines to over 200 countries, heavily depends on its Asian neighbour, China, for many essential and large volume drugs, says the report.

The study also concluded that the Indian pharma companies have ‘steadily migrated up to the value chain’ and are concentrating more on ‘value-added formulations with higher margins’.  “One of the perceptible challenges before the Indian pharmaceutical industry is the gradual erosion of domestic manufacturing capacity for certain key APIs (active pharmaceutical ingredients) and their advanced intermediates,” said Umang Chaturvedi, co-chairman, ASSOCHAM National Council on Drugs and Pharmaceuticals & global head–corporate affairs.

According to the study, the Indian pharmaceutical industry is the third largest producer of drugs in the world and the country is among the top five emerging pharma markets. The industry here has grown at an estimated compound annual growth rate (CAGR) of 13 per cent during the financial years 2009–2013.

The report has further highlighted that lack of self-sufficiency and our heavy dependency on only one country can risk India’s health sector as well. Any hitch in the Indo-China relations can leave India void of essential drugs. Also, China, at its behest, might increase prices of some of the drugs on which it enjoys virtual monopoly.

In addition, China’s improved local Good Manufacturing Practice (GMP), quality standards and accelerating number of manufacturing sites will, in the long run, serve as a threat to the Indian players.

The study has also suggested setting up of large-scale pharma and chemical clusters in proximity to each other to allow companies to integrate vertically. It has also criticised The Drugs & Cosmetics (Amendment) 2013 (Bill), which will put stricter and unwarranted liabilities on the pharmaceutical companies. In addition to this, the study has asked for a regulatory framework for pricing of drugs.

Regarding the controversial issue of clinical trials, ASSOCHAM has stressed on the urgent need to dispel the myths around it as people across the globe are participating in trials under a regulated environment which seems to be missing in India.