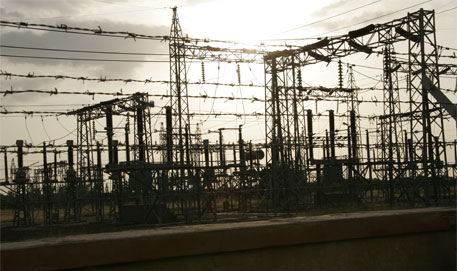 Electricity distribution to the end consumer is the weakest link in power sector, says a World Bank report that asks for transition from administratively-run to commercially-run utilities.

The World Bank report named “More Power to India: The Challenge of Distribution” was conducted at the request of the Government of India and was released in Hyderabad on Monday.

While making an urgent call for change, the study recognises the many impressive strides that the Indian power sector has made over the years. Generation capacity tripled between 1991 and 2012, boosted by the substantial role played by the private sector.

A state-of-the-art integrated transmission grid now serves the entire country. Private distribution utilities in Kolkata, Mumbai, Surat and Ahmedabad, which have been owned and operated by the private sector since before Independence, point to potential gains from private participation. Grid-connected renewable capacity has risen from 18MW in 1990 to 25,856 MW in March 2013. And more than 28 million Indians have annually gained access to electricity between 2000 and 2010.

Who is the biggest loser?

These losses are overwhelmingly concentrated among distribution companies (discoms) and bundled utilities—State Electricity Boards (SEBs) and the State Power Departments, says the study. Sector losses have led to heavy borrowing— power sector debt reached Rs 5 lakh crore in 2013. More than 40 per cent of the loans were made to discoms.

Over the last two decades the sector has needed periodic rescues from the central government—a bailout of Rs 35,000 crores in 2001 and a “restructuring package” of Rs 1.9 lakh crore that was announced in 2012.

Author of the report Sheoli Pargal who is also an economic adviser says, “As the government’s 24x7 power initiative builds up momentum, utilities need to make sure they are well prepared to use the funds that will become available—to strengthen their transmission grids and distribution infrastructure, create robust corporate governance mechanisms, enhance billing and collection systems, institutionalise regular tariff reviews, and position themselves for extending reliable electricity service to all.”

Projections show that even if tariffs rise six per cent per year to keep up with the cost of supply, annual losses in 2017 will likely amount to Rs 125,300 crore (US$ 27 billion).

“The need of the hour is to improve operational and financial efficiency in distribution through a multi-pronged approach.  This could include use of IT for transparent energy audits across the value chain; adopting some of the innovations in reducing Aggregate Technical and Commercial Losses (AT&C) loss pioneered by  private sector entities; ring fencing supply to the agricultural sector with a transparently determined and administered subsidy so that rural areas receive reliable power, while revenue maximising models are implemented in urban areas; and improving institutional accountability, following examples like Gujarat and West Bengal,” said Mani Khurana, energy specialist, World Bank.

More power to India - The challenge of electricity distribution