Targeted approach to benefit the poorest rather than universalisation of food security is right way to go ahead, says Kanayo F Nwanze 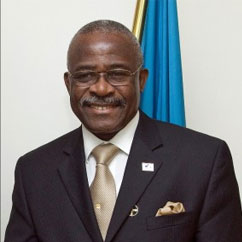 India has received flak from almost all developed countries after it vetoed the WTO Trade Facilitation Agreement (TFA) to ease worldwide customs rules in Geneva last week. But the president of the International Fund for Agricultural Development (IFAD), a specialised agency of the UN which finances agricultural development projects in developing nations, has expressed support for India’s stand at WTO. (India had vetoed the pact over its food security concerns and need to stockpile foodgrains for its poor which it feared would get affected by the pact.)

On Monday, talking to Down to Earth during his visit to New Delhi, IFAD president, Kanayo F Nwanze, said he was hopeful that no agreement till 2017 (the time frame for allowing stockpiling for food security under the peace clause in TFA) would jeopardize the food security goal of Indian government. “Any government that is unable to provide enough food to its people at affordable prices has no legitimacy. So the foremost duty of any government is to ensure its population food security,” Nwanze pointed out.

“Think in this way: what is you first responsibility to your family?” Nwanze quipped. “India has vetoed TFA only because India has the first and foremost duty to feed its poor population. It is not ‘supporting or not supporting’ India’s stand, but developed countries have to look into reasons why India took such a decision.”

“The issue here is that the trade agreement which liberalises customs and access to market doesn’t jeopardise ability of Indian government to stockpile food to feed its vulnerable population by 2017, and what's more the government is open to negotiations,” he added.

As for the food security Act, Nwanze advocates targeted approach as against universalisation of food security.

“India’s National Food Security Act is an ambitious one. When you have multiple demands of your resources from many sectors, then you have to target. Target the most vulnerable population if you want to see an impact, although I am not in favour of loosely targeting beneficiaries,” he said.

'Allow scientific trials of GM crops'
At the same time, Nwanze expressed support for scientific trials and experiments in GM crops. “One should avoid making point blank statements on whether it is bad or good. This should be assessed on a scientific basis and farmers should be given freedom of choice. When it restricts farmers’ choice then it is questionable,” said Nwanze, who is also an agricultural scientist.