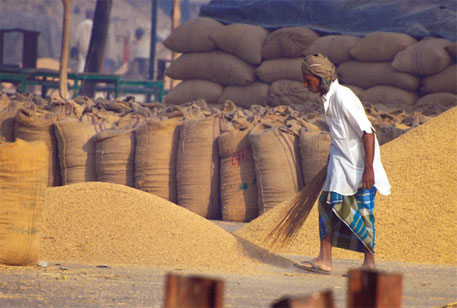 India claims it has resolved its differences with the US on the WTO agreement to ease worldwide customs rules. The Trade Facilitation Agreement (TFA) had fallen through last August after India refused to endorse it at the World Trade Organization meet in Geneva in August because of lack of progress on the agreement on Public Stockholding for Food Security Purposes, meant to protect the food security of the poor. Both these agreements were part of the package finalised at the Indonesian resort of Bali in 2013.

When India refused to sign the deal in August because of its food security concerns Western nations, including the US, had portrayed India as a deal breaker.

After the breakthrough in talks with the US, commerce minister Nirmala Sitharaman on Wednesday said the matter had been dealt with in a manner that addresses India’s concerns.

“We are glad to say that the US has appreciated and now openly supported our concerns on public stockholding in WTO,” she said in her first tweet.

The second tweet from her followed after 15 minutes. “End of impasse at WTO shall open way for implementation of Trade Facilitation Agreement,” she said in her second tweet.

The WTO has 160 member nations and deals with rules of trade between nations to facilitate business.

“We are extremely happy that India and the US have successfully resolved their differences relating to the issue of public stockholding for food security purposes in the WTO in a manner that addresses our concerns. This will end the impasse at the WTO and also open the way for implementation of TFA,” the ministry of commerce said.

“We are confident that the membership will take the matter forward in the WTO in a constructive spirit. This would be an important contribution by the WTO, reflecting its commitment to development.  We urge the WTO membership to take this forward in the General Council on behalf of the Ministerial Conference and pave the way to spurring the WTO to more such successes,” the ministry said further.

In July, Prime Minister Narendra Modi had announced India would not implement TFA as per the Bali declaration, terming it as emotive issue for rural poor in a country of 1.25 billion population.

In Bali, WTO agreed to allow India to continue with public stockpiling of foodgrains under a “peace clause” extending for four years that would act as a security net for the millions of poor people. India later demanded indefinite extension of this peace clause.

From food insufficiency towards trade dependency: A historical analysis of global food availability