Nine cities identified where efforts will be concentrated to reduce air pollution; Batam and Denpasar included 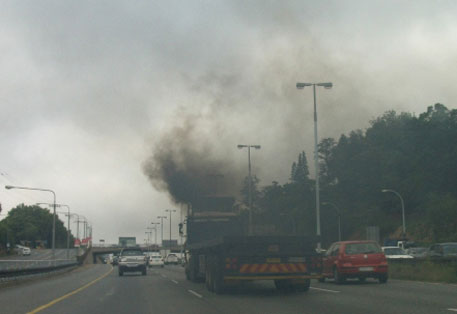 The Indonesia environment ministry announced the commencement of a national movement toward promoting the use of fuel oils that are low in sulphur content.

This movement forms a part of a larger campaign by the Indonesian government to clean up the air in cities as pollution from the transport sector accounts for 50-70 per cent of subtle particle emissions and 75 per cent of hazardous gas emissions in Indonesia.

The environment ministry will launch campaigns on the use of alternative fuels such as biofuel and gasoline as well as low-sulphur fuel. Nine cities have been identified where efforts will be concentrated to reduce air pollution, which include the cities of Batam and Denpasar.

Excessive sulphur in the air can lead to a higher concentration of hazardous gases that increase the chance of pneumonia, cardiac problem, lung cancer and other air pollution-related diseases. Data from the United Nations Environment Program (UNEP) suggests that residents of Indonesia spend IDR 38.5 trillion on medical bills and out of the estimated 7 million who have died of air pollution-related diseases worldwide, 60,000 are from Indonesia.

Approximately 97 per cent of total gasoline consumption in the nation is the subsidised premium gasoline which is high in sulphur content. A low 25-3.5 per cent of the population actually uses non-subsidised fuels. The sulphur content of diesel oil in the country is a shocking 2,000-3,000 parts per million (ppm), an appallingly high figure compared to 10 ppm in Singapore, Japan, and South Korea. This is also unsettling given that Indonesia has adopted the Euro II standards, an international standard that necessitates automobiles to use fuels that have sulphur content less than 500 ppm.

The need to cut down on sulphur content is paramount as the risk of respiratory diseases, inflammation in the lungs, chronic bronchitis etc is huge. Additionally, when sulphur combines with water, the resultant (sulphuric acid) formed is the main component of acid rain, which has extensive detrimental effects on the environment.

UNEP has stressed on the health and environmental benefits of low-sulphur fuels in a bid to combat the rising air pollution levels.