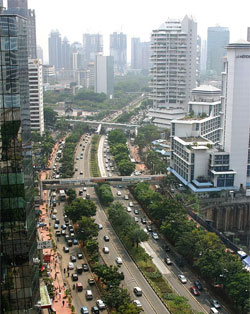 The burden on taxpayers of Indonesia has been reduced over the past decade because of cash management reforms adopted by the government, says a book launched on October 16 by the country’s finance ministry and the World Bank, titled Cash Management Reform.

“Cash management reforms were a pillar of public financial management reforms in Indonesia. Reform has allowed the government to consolidate its cash balances into a treasury single account, streamline the receipt and payment processes, and improve accountability.  The results are lower financing costs and improved control of both revenue and expenditures,” said Marwanto Harjowiryono, director general of treasury, ministry of finance.

The book highlights the importance of transparency and accountability in public financial management in order to improve public understanding of how state funds are managed. It outlines the various stages of reform, along with the successes and the challenges faced in reforming the management of state cash. “The Indonesian cash management story is one of success. This book provides lessons learned that can guide the next generation of reforms in Indonesia, in neighboring countries, and beyond the region,” said Rodrigo A Chaves, World Bank country director for Indonesia.

The government of Indonesia embarked on a range of reforms in the wake of the 1997 financial crisis in Asia to improve the resilience of the economy and its ability to withstand shocks, says a World Bank news release.

The book has been published in two languages, Indonesian and English and will be given to higher education institutions, financial audit institutions, banking institutions, and other relevant agencies. The book was funded by the Multi Donor Trust Fund for Public Financial Management, with contributions from the governments of Canada, the European Union, the Netherlands, and Switzerland, and from USAID.