Singapore and Malaysia have blamed Indonesian forest fires for hazardous smog and air pollution in the area. 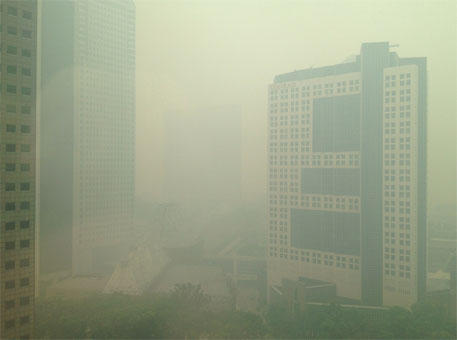 Indonesia’s parliament on 16 September voted to ratify a regional agreement on cross-border haze that it had signed 12 years ago. The country was under pressure to ratify the agreement from neighbouring Singapore and Malaysia who have blamed Indonesian forest fires for hazardous smog and air pollution in the area.

The agreement obliges Indonesia to strengthen its policies on forest fires and haze, actively participate in regional decision-making on the issue and dedicate more resources to the problem, regionally and domestically.

The country had signed the ASEAN Agreement on Transboundary Haze Pollution 12 years ago. “Indonesia has already carried out operations for the prevention, mitigation of forest fires and haze, and recovery activities, at the national level,” parliament said in a statement. “But, to handle cross-border pollution, Indonesia and other ASEAN nations recognise that prevention and mitigation need to be done together,” it said.

While Singapore and Malaysia are smothered in haze from Indonesian forests every year, fires in June last year caused the region’s worst pollution crisis in a decade, renewing calls for action in Indonesia. Singapore and Malaysian authorities had maintained that most of the fires are deliberately lit to clear land for commercial plantations, such as paper and palm oil.