Indus dolphins on the decline

Water extraction for irrigation one of the prime reasons for the decline, says study 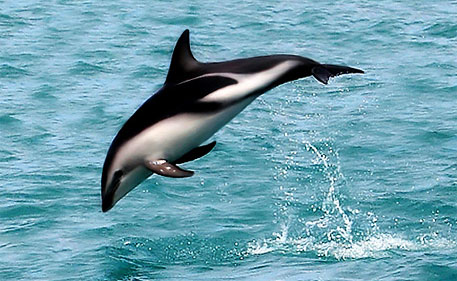 The mighty river Indus is among the world’s most biodiverse freshwater ecosystems. But over the years, several dams have been constructed, are being constructed, or are planned on the river. Removal of water from the river for irrigation and habitat fragmentation by irrigation dams have led to decline in the population of Indus River Dolphin, an endangered freshwater dolphin, says a study.

The study, conducted by Gill Braulik of the Wildlife Conservation Society and University of St. Andrews and his colleagues, fragmented historical range into 17 river sections by diversion dams. This was done to understand the timing pattern of range decline of the mammal. Dolphin sightings and interviews from fishers indicate that the river dolphins have been wiped out from 10 river sections. They persist in six and are of unknown status in one section.

The researchers found that low dry-season river discharge due to water abstraction at irrigation barrages was the principal factor that explained the dolphin’s range decline. The dolphins were more likely to persist in the core of the former range because water diversions are concentrated near the range periphery. “Habitat fragmentation and degradation of the habitat were inextricably intertwined and in combination caused the catastrophic decline of the Indus dolphin,” the study states.

The authors suggest that the study may be able to provide insight in how other river populations may respond to planned dams and water developments. The study was published in the journal PLOS ONE on July 16.