Despite the progress that many countries have made over past few years, inequalities remain a concern 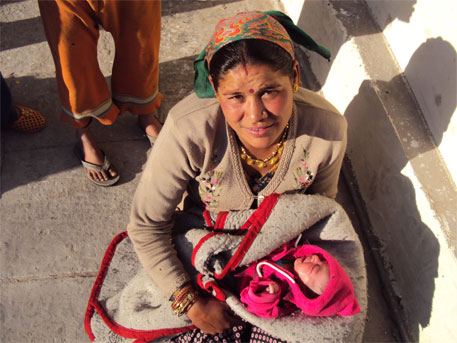 Though inequalities have narrowed in low and middle income countries, they are still visible in most of the reproductive, maternal, newborn and child health indicators. According to a new research, titled “State of inequality: reproductive, maternal, newborn and child health (RMNCH)”, there is still much progress to be made in reducing inequalities within these indicators.

The study was published by World Health Organization (WHO) on June 16.

To determine the inequalities in reproductive health interventions, parameters such as family planning and contraceptives have been used for the purpose of research. The report highlights that demand for family planning satisfied was at least 17 percentage points higher among women with secondary or higher education than among the ones with no education. This was observed in half of the countries where the study was conducted. Moreover, considerable economic-related inequality in use of modern and traditional contraception was found.

The report that has analysed publically-available data from 86 low and middle income countries has concluded that national averages demonstrated improvements over the past decade. This progress, however, was not sufficiently equity-oriented to bridge the gap. Though there were variations, based on the country and the indicator, inequalities were still pervasive between people of different economic status subgroups, education levels, places of residence and sex (in a few cases). These four are also the dimensions of inequality that have been described as the common source of discrimination by WHO.

Researchers also found similar gaps in urban and rural setting. For example, prevalence of births attended by skilled health personnel were at least 20 percentage points higher in urban areas than in rural. The trend was found in half of the countries in the total subject group.

Pneumonia is a major cause of death among children under five years of age and a large number of children do not have access to health facilities. According to WHO, it claims lives of nearly 1.5 million kids annually across the globe. Therefore, care seeking (availability to health facility) for children with pneumonia symptoms has been used as a parameter to assess the inequality regarding localities of subjects. Researchers found a gap of at least 20 percentage points between care seeking for children with pneumonia symptoms in the poorest and richest subgroups.

Immunisation was another indicator. The findings suggest that there was no (or very little) difference in immunisation coverage between boys and girls.

The study also found that the infant mortality rate was at least eight deaths per 1,000 live births higher in rural areas, as compared to the urban ones. In about one quarter of study countries, the gap in neonatal mortality rates between the most and least educated subgroups was at least 15 deaths per 1,000 live births. Child mortality accounted for 6.3 million deaths globally; translating into 17, 000 daily deaths of children aged five years or younger.