Infection threat from clean hospitals too 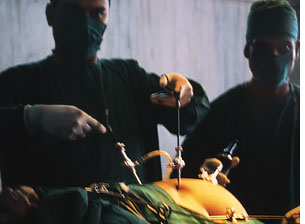 even clean hospitals can pass on infections to patients. Health experts around the world are trying to find ways to reduce hospital acquired infections (hais). Despite all the efforts to tackle it, the threat is increasing.

Scientists who took part in the recently held Federation of Infection Societies Conference at the University of Cardiff in the uk said they have identified a new antibiotic-resistant bacterium, Acinetobacter baumannii, in hospitals. Previously, most of such infections were attributed mainly to the methicillin-resistant bacterium Streptomyces aureus (mrsa).

Now, the danger is more pronounced with this infection spreading outside. Strains of mrsa were first reported in the us a decade ago, when the Centers for Disease Control reported four fatal mrsa infections in children.

Two research papers in the December issue of Nature Medicine point out that community-based strains of mrsa are more harmful as they now produce chemicals that are more toxic.

hais cause economic loss to the patients and hospitals (see box: Work load). Many experts say only a comprehensive effort can control such infections; from training the hospital staff on personal cleanliness to sterilizing hospitals.

Though India tries to project itself as the hotspot of health tourism, the situation in the country no better. At a conference on hospital infections in February 2007, doctors from the the Post Graduate Institute of Medical Education and Research in Chandigarh said nearly 30 per cent of the patients in its neurosurgery department contracted various diseases. The patients were observed for 15 months. They have found that emergency and longer surgeries increased the risk of infections.

A recent study by Baxter India, a company that manufactures equipment to reduce infection, goes further. The team studied the air in 13 middle-sized hospitals and found that the average amount of viruses was around 203.5 units per cubic millimetre--six times the permissible limit in the us.

There is need for better safeguards. The Hospital Infection Society of India (hisi), a professional association of doctors, administrators and infection control nurses, says a well-trained hospital staff can check the infection spreading to a great extent. Geeta Mehta, president of hisi , says though technologies to control them are also important, management strategies like establishing infection control programmes can be more effective. A study in Medical Care (Vol 45, No 6) by the Columbia University School of Nursing in the us also shows better working conditions for nurses make hospitals safer, especially for elder patients in icus.

It relates the overtime work among the hospital staff to the increased rates of infection and skin ulcers among them. When there were more nurses, the frequency of infections declined.

But industry argues technology is the answer. Baxter India has introduced special bags which do away with piercing to add medicine. This reduces the chances of contamination from airborne microbes.

The company has come up with a system to give patients the proper dosage of antibiotics so that the viruses don't develop resistance. "These techniques reduce the duration of hospitalization and save the time spent in nursing and caring," says Raman Gandotra, business unit director of Baxter.

There are other methods such as sterile operation theatres, sterilizing equipment and disinfectants available in the market.

Health experts say regulations can make a strong difference. In 2005, the health administrations in Ireland and Scot-land began a cleanliness rating system for hospitals.

The rank list released has forced many hospitals to clean up. The uk health department has also instructed health workers to wear short sleeves. In India, however, few guidelines exist to prevent infections from hospitals.