The Indian meteorological department has not made its usually accurate early monsoon forecast this year, reportedly at the behest of the finance ministry. 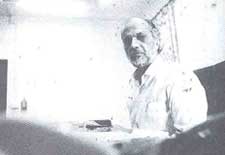 BECAUSE government meteorologists have been using the so-called Gowariker model to make fairly accurate monsoon predictions since 1988 (See table), it came as a surprise when the Indian meteorological department (IMD) announced recently it would end this practice for good. Sources say the IMD announcement was made under pressure from the finance ministry, which fears a prediction of a poor monsoon would fan inflationary pressures.

Though the finance ministry prefers to be noncommittal, science and technology minister P R Kumaramangalam informed Parliament recently that the meteorology department was acting on instructions from his ministry, which regarded forecasts made by the Gowariker model not as accurate as desired. The model, named after Vasant Gowariker, former secretary in the department of science and technology, was developed in response to the 1987 drought, which occurred though meteorologists had predicted normal rains. Instead, the monsoon that year was the weakest in two decades.

The model uses 16 parameters, covering temperature, pressure, wind and snow cover. Its basic premise is that the build-up to the monsoon starts as early as the winter months, with the picture becoming clearer by the end of May. Using the Gowariker model has enabled meteorologists to make monsoon predictions as early as March, because eight of the parameters are well defined by then. Such early forecasting helps planners to make adjustments in such areas as civil supplies, cropping patterns and oilseeds import.
Early forecasting has also proved useful to experts in the finance and agricultural ministries, says N J Kurien, economic advisor in the finance ministry, because it facilitates decision making on commodity imports. And, Y N Rao of the agriculture ministry adds it helps farmers to plan their kharif crop better.

However, IMD director general N Sen Roy attributes the success of the monsoon predictions to chance and considers them of little use in the agriculture and economic sectors. The IMD decision to end early forecasting, he adds, was based on scientific considerations that such predicting is based on just eight parameters and is prone to errors.

"An early forecast entails a great deal of brainstorming and extrapolation, besides being less accurate," Sen Roy asserts. "It makes more sense to issue a more accurate forecast later.

Gowariker disputes Sen Roy's contention and says the eight parameters are sufficiently well defined by early March to ensure accurate forecasting. All forecasts, he argues, are inherently tentative and so the May-end forecast is just a little less tentative than one made in early April. "The interpretative ability of the scientists involved," he adds, "is crucial to the success of the prediction." And, Gowariker maintains, regardless of the monsoon's prospects, the prediction should be available. Gowariker contends the IMD decision to discontinue early forecasting is more politically motivated than scientific.

But Sen Roy denies allegations of political pressure from the finance ministry and says the decision was taken in January at an inter-ministerial meeting at which neither the finance nor the agricultural ministry was represented.

And, IMD deputy director G S Mandal, maintains no attempt is being made to discredit the Gowariker model. "We stand by the model. In fact, the May-end forecast will be made using this model," he adds.

Nevertheless, IMD sources concede the finance ministry has attempted bullying tactics. Last year, for example, IMD drew a lot of flak from the finance ministry and the opposition in Parliament for its early-April prediction of a below normal monsoon (Down To Earth, May 31, 1992).