The state and capital meet their match in digital technology 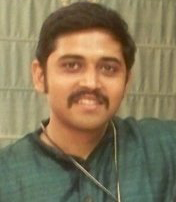 Recently, the Harvard University Faculty Advisory Council urged Harvard faculty to consider not submitting their work for publication in subscription-based journals. It cited prohibitive costs of subscription as the reason. Given that faculty submit most of their work to the journals for free, the Harvard library advised the faculty to submit their articles to open access journals instead. At a time when the big media businesses are being pro-active to restrict the reach of the online world to the paying capacity of users through intellectual property laws of greater ferocity, this advisory sings a different tune. Using the credibility of one of the most influential institutions, Harvard University was speaking back to a profit-making communication agency on behalf of the real producers and consumers of the world of ideas.

This is not an isolated incident. Following a blog from a scientist angry at the cost of access to published academic content, thousands of scientists voted to join a move to boycott Elsevier—the largest publisher of scientific journals in the world. They resolved not to submit their work to Elsevier.

Online journals and library automation made their initial forays into academia during the days of my post-graduation. For us the difference was distinct; the difference was in access. Presumably the ease and the time gained would be spent on more research. In a country where funding for academic institutions is difficult to come by, online journals in particular and the internet in general brought in increased access to content. There was a general feeling that the those in the third world had most to gain from the growth of the Internet.

That this hunch was true could be gauged from the voices of outrage that went out after the shutting down of library.nu, a platform which allowed users to share e-books. With legislation like and Anti-Counterfeiting Trade Agreement (ACTA) and Stop Online Piracy Act (SOPA)  threatening to target in-between services like Google and Wikipedia for allowing users to link to content with possible copyright violation, the experiences of various governments in India taking action on seemingly “objectionable” content on social networking sites and the unprecedented step of using John Doe order to block access to media-sharing websites are indicators of the real threat to the freedom and access which the Internet had promised.

How real is the threat? Is it really possible to put a leash on the Internet? Library.nu was a most visited destination for academics not because of the owners of the site, but because of the work thousands of volunteers who scanned, uploaded and indexed books. The injunctions managed to kill library.nu but not the spirit of the volunteers who felt the need of freeing knowledge for all. Free downloading of pirated e-books certainly has not stopped. There has been a mushrooming of websites and sharing services to fill in the gap. Within hours of the government of Pakistan imposing a ban on twitter, the tweet space was abuzz with tweets from Pakistan suggesting ways in which the ban could easily be circumvented. Even though several media- and torrent-sharing sites remain blocked by ISPs in India, it is possible to access them through workarounds. A complete ban on selected content is very difficult if not virtually impossible to impose.

To understand this point we need to understand the nature of information and knowledge. Access to ideas and knowledge in the human world have always been the fulcrum of operations of power. In the era of oral transfer of knowledge and manuscript copies, access to knowledge was restricted to the few by physical restrictions of entry to the spaces where such knowledge texts inhabited. In India, the Brahminical order prevented scriptural knowledge from being accessed by women and the lower castes by physically disallowing them proximity to scriptural renderings and instructional spaces. In the Christian world, manuscripts were kept securely within the church premises where only select clergy had access. The laws governing social hierarchies were enough. Separate laws protecting 'intellectual property' were not necessary.

It was the advent of print and the mechanical and mass reproduction of art and ideas that brought in the requirement of such laws. Print and other mechanical forms of idea carriers involve investment of a substantial amount of capital. But unlike other goods and services intellectual goods being 'public goods' can be easily reproduced and used by anyone who has access to the technologies of reproduction. The history of intellectual property laws show that as technology becomes cheaper, the laws gain greater ferocity. The state which legislates such laws also has an incentive in doing so as easier proliferation of ideas—f ree speech—is potentially subversive. So, strong IP laws are a product of the desires of profit, control and power.

With digital technology the state and capital meet their match. Digital technologies are cheap and stateless. The group Anonymous India, which is striking at will to disrupt the services of leading government and corporate websites, consists of non-Indian members. Indian law keepers may not be able to access them. If a website is banned in India there can always be ways to access their content through international collaboration among anonymous users the world over. The only way that the state can answer is through enforcing more and more draconian measures. It is difficult to block specific urls of pages containing the 'pirated' videos of Kolaveri di (there are just so many of them and more) that would require deployment of personnel. So the ISPs decided to block entire websites, along with legal content. Such is the contempt profit-oriented capital has of the community spirit of sharing.

Strict anti-piracy laws encourage boot legging. But the spirit of the Harvard University faculty advisory shows another way. To make piracy redundant, which can be achieved if content creators take steps to allow their creations to be in open access formats. Steps to prevent software piracy hurt most those who are still enslaved to Microsoft and Apple. Users of free access, open source software have less to worry about anti-piracy measures as they use far superior and secure software created through community effort. Ever since I have been using Ubuntu-Linux, I have stopped visiting the vendors at Nehru Place in Delhi and also stopped worrying about virus attacks.

Installation of non-free software in educational institutions drive up the cost of education and reduce access. Similarly, each field of human activity can replicate the model of free software. Today, universities make faculty promotions contingent on publication of research articles in “impact factor” journals. These journals, in turn, mark up their subscriptions to generate super-profits. Thus, universities themselves help create conditions for sustaining the monopolies of the journal publishers and increase their own budget burden! Instead, they should concentrate on research and sharing. Since Indian universities seem to be in the habit of aping everything the US universities do, maybe we can ape this idea from Harvard as well. Digital technologies have made it possible for us to move from a profit-powered system to community-powered modes of transmitting ideas.


Arjun Ghosh is an Assistant Professor at the Department of Humanities and Social Sciences, Indian Institute of Technology, New Delhi. He was formerly Fellow at the Institute of Advanced Study, Shimla where he worked on intellectual property and resistance art. His book, A History of the Jana Natya Manch: Plays for the People, has been published by Sage India