Documents have revealed that the US clandestinely conducted several radioactivity experiments on unsuspecting patients. 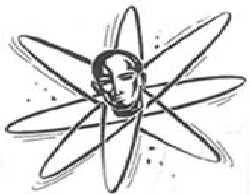 A REVIEW of previously classified documents has revealed that the US had used babies and unsuspecting patients for experiments on radioactivity for many years. It had also released large amounts of radiation into the environment in the 1940s and early 1950s.

At least 19 mentally retarded teenagers were fed radioactive milk mixed with cereals in experiments -- that were not fully explained to their parents -- conducted by scientists from Harvard University and the Massachusetts Institute of Technology. Approximately 800 pregnant women were dosed with radioactive iron in an experiment at Vanderbilt University in Tennessee to gauge its effects on foetal development.

In experiments conducted at jails in Oregon and Washington states, the testicles of more than 130 inmates were exposed to high levels of radiation from X-ray machines. Records show 18 patients with dangerous illnesses were injected with high concentrations of plutonium. The injections were apparently made without the consent of the patients. Similar experiments using injections of radioactive calcium were conducted on terminally ill cancer patients in New York.

Besides, the US deliberately released large amounts of radiation into the environment in the 1940s and early 1950s as part of a secret programme aimed at developing a weapon that would kill enemy soldiers with radioactive fallout, according to a Congressional study.

These revelations come soon after the announcement by US energy secretary Hazel R O'Leary on December 8, 1993 that the government had conducted secret underground nuclear tests between 1945 and 1990 (Down To Earth, January 31, 1994).

The disclosures have broad implications on issues of compensation. O'Leary has set up a non-governmental panel to investigate ethical violations committed during the experiments. The panel is expected to release its findings in six months. The energy secretary's statement that "those people who have been wronged need to be compensated" brings hope to the victims.